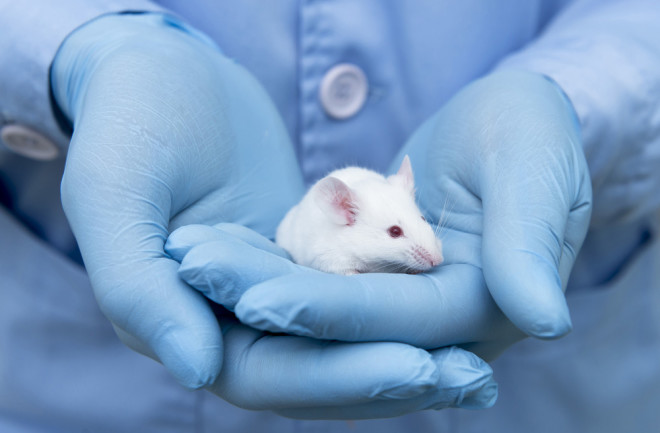 Scientists discovered that the BPA-free plastic in their mouse cages was harming the animals' fertility. (Credit: unoL/shutterstock) Twenty years ago, Patricia Hunt, a reproductive biologist at Washington State University in Pullman, revealed bisphenol A, a chemical in plastic, caused reproductive problems in mice. Soon “BPA” became a household term and “BPA-free” water bottles and consumer packaging cropped up everywhere. Now Hunt and her same team of scientists are back with a new study that shows the compounds that replaced BPA to make BPA-free products are just as harmful. The discovery indicates bisphenols as a group are hazardous to human health. “Reproductive health is at risk with regard to bisphenols,” said Linda Giudice, a reproductive endocrinologist at the University of California, San Francisco, who was not involved in the new research. “This is disturbing but not unexpected,” she added. “The replacements are the same class of compounds and they have the same mechanisms of action.”

While conducting research on another project, scientists in Hunt’s lab noticed abnormalities in the eggs and sperm of their lab mice that looked startlingly similar to those they had found in mice exposed to BPA decades ago. Although the team had switched out plastics in their research facility to BPA-free materials, the chemical became an immediate suspect. When the researchers analyzed the chemical make up of the damaged plastic of the mouse cages, they discovered BPA and BPS — a compound that replaced BPA in many household items following their original work — were present. The find was striking, as BPS was not a component of the plastic used in the facility. Washing the rodent cages and other plastic equipment had broken down the plastic into BPS and another chemical, diphenyl sulfone. So, Hunt and her team decided to directly test the effects of these chemicals on reproductive health in mice in controlled experiments. Since BPA and BPS and other chemicals leach from damaged plastic, they first replaced all plastic materials in their research facility and purchased new mice. Then they exposed pregnant mice to BPS, diphenyl sulfone, BPA or a control. Female mice exposed to BPS or BPA showed chromosomal abnormalities in their eggs, even though the amount of BPA they were given was less than half the levels the U.S. Environmental Protection Agency determined is safe.

Since BPS is a common replacement for BPA, the researchers then asked what effect other bisphenols might have on reproductive health in mice. The team exposed newborn male mice to the same dose of BPA, BPS, diphenyl sulfone or two other common replacement bisphenols, BPF and BPAF. They found all bisphenols produced chromosomal aberrations in the mouse sperm. In mice exposed to BPA and its replacements, sperm had fewer numbers of the proteins that allow chromosomes to complete meiosis, the cell division process that gives rise to genetically distinct eggs and sperm. The affected sperm cells “faced certain death,” the researchers report today in the journal Current Biology, and the effects persisted for several generations. The finding adds to growing evidence in worms, fish, rodents and human in vitro studies that replacement bisphenols cause the same damaging effects as BPA. “These replacement bisphenols are not safer,” Hunt said. “That’s an important message for all of us,” said Patrick Allard, a geneticist at the University of California in Los Angeles, who was not a part of the new research. “We need to look at multiple generations before we can assess whether something is safe or not.”

A Case For Hope

Hunt’s team also found that without exposure to bisphenols the reproductive abnormalities disappear by the fourth generation, or the great grandsons of the affected mice. Those effects lasted into the following generation as well. “The good news here is that if you could eliminate all of these bisphenols from the face of the Earth, we could get rid of these effects,” said Hunt.