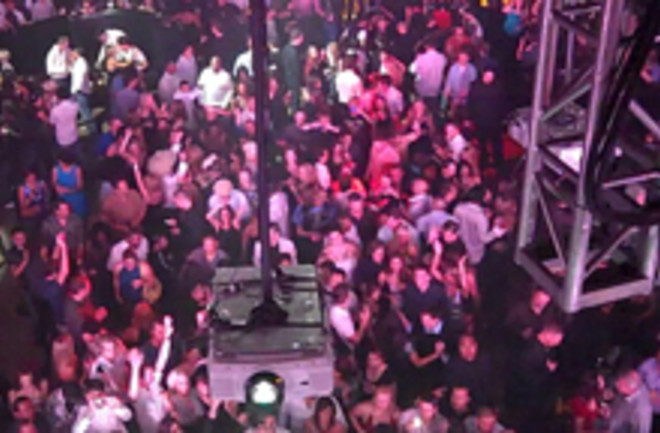 ABC News reports on an unusual and tragic case of a heart attack triggered by blasting music. A British teenager died shortly after complaining of loud music at a London nightclub, according to reports. Details are sketchy but U.S. doctors suspect a genetic condition may be to blame. From ABC News:

"Any time someone in a setting of excitement has a sudden cardiac arrest, especially at a young age with a seemingly normal heart, you have to consider [an inherited condition] such as long QT," said Dr. Richard Page, chair of medicine at the University of Wisconsin School of Medicine and Public Health and president of the Heart Rhythm Society. "One of the genetic variants is especially predisposed to having an arrhythmia when exposed to loud sound."

Long QT, an inherited affliction, is named for the points Q and T on a heart monitor. Longer-than-usual intervals between these points is one major marker of this syndrome. People with QT can go into cardiac arrest when exposed to loud sounds such as alarms, music or sirens. Although it's a rare disorder, it's also deadly if left untreated. Fortunately, EKGs and genetic tests

can detect most cases and pacemakers have been proven to help considerably. As for the sad case of the British teenager, the world may never know if loud music killed him. Only an autopsy can confirm this and his family is keeping mum for now. Related Content: Discoblog: Health Hazard Alert: Head-Banging May Hurt Your Brain

80beats: Clubbers More Likely to Give Cigarettes If You Ask Their Right Ears