A new study argues that our bodies have cooled off appreciably since the 1800s. 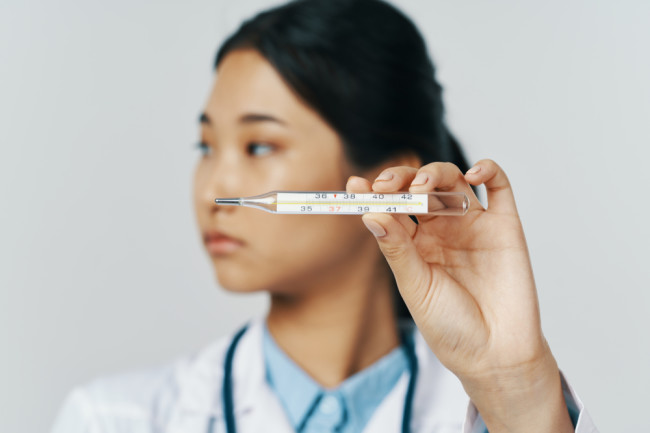 Human body temperatures have declined by about a degree on average since 1851, when the first systematic records were gathered. (Credit: ShotPrime Studio/Shutterstock)

Here's some cool news: Humans appear to be chilling out.

Researchers comparing average body temperatures over the last 160 or so years have discovered that our internal engines are running almost a degree cooler than in the mid-19th century.

Every American schoolkid learns the magic number of 98.6 degrees Fahrenheit (37 degrees Celsius in the rest of the world) as the average body temperature.

That "average" distinction often gets lost, and most people think of 98.6 as "normal" body temp. The truth is, normal body temperatures for an individual may range about a degree (in Fahrenheit) north or south of that number. Factors such as age, environment, body size, sex and even time of day a temp is taken all play a role in what the thermometer shows.

But medical professionals have long suspected that 98.6 isn't even the average human body temperature. That gold standard is based on the work of German physician Carl Reinhold August Wunderlich who, in 1851, collected temperature measurements from 25,000 patients and averaged them out.

Researchers at Stanford University's School of Medicine looked at data old and new to figure out whether our apparent cool-off could be explained by differences in the equipment and methods used then and now. For example, Wunderlich's measurements were of axillary (armpit) temps, while most modern readings are of oral temps.

The team compared temperature measurements from a range of sources dating from 1862 to 2017. In total, the researchers analyzed more than 677,000 temps.

Based on the readings, they found that men's average temperature has fallen by more than a degree, to about 97.5 F. The average temp for women has also decreased, though not as significantly, to about 98 degrees.

The team was able to document that temperature readings have fallen steadily, based on decade of birth, since the mid-19th century.

They also confirmed some of Wunderlich's early findings, including that younger people tend to have higher resting temps than their seniors, that women run a little warmer than men, and that most of us heat up a little later in the day.

After taking into account the method of measurement, as well as what was known about the quality of the instrument used, the researchers concluded that it's unlikely either factor accounts for the change in average temp: We really are cooling off.

Determining why we're chilling was beyond the scope of the study, but the authors did offer a few possible explanations.

When Wunderlich arrived at 98.6 F, average life expectancy was a mere 38 years, and chronic infections, from tuberculosis to syphilis, were rampant. Because average body temps tend to decrease with age, and increase in the presence of infection, it may be that a younger population, riddled with chronic, low-level infections, just ran hotter.

Because inflammation can bump up body temp, modern use of anti-inflammatories, such as aspirin, may also be a factor in our cooldown. And, unlike the average 19th-century citizen, most of us also spend the majority of our lives in climate-controlled environments, which can affect how hot or cold we run.

Body temperature also provides a rough proxy for an individual's metabolic rate: We generate heat as a byproduct of all the metabolic processes our bodies perform. Even though Americans have gotten larger over the past 150 years — more body mass typically boosts body temp — we've also gotten a lot less active, metabolically speaking.

Physical activity is only one factor affecting an individual's resting metabolic rate (RMR), however. Many other elements, including age and presence of infection, influence the rate, and just how chill we get.

The study appears in the open-access journal eLife.