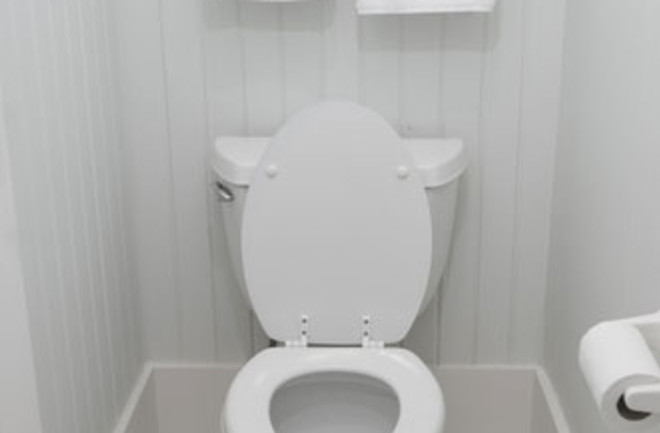 It’s flushed down dark pipes into malodorous sewers. It is the very definition of “waste.” But it turns out that human feces may also have amazing healing properties, due to the trillions of colon microorganisms that it contains. Stool from a healthy person, recent findings show, can cure nine out of ten chronic cases of potentially deadly colitis caused by the intestinal bacterium Clostridium difficile. Moreover, healthy stool might treat a range of other disorders, from Crohn’s disease to constipation.

The procedure of transferring stool to a patient—technically called fecal microbiota transplantation—was first performed in the United States in 1958 to treat an intractable case of C. difficile colitis, a gastrointestinal condition caused when the balance of microbes in the gut—called the microbiome—is destabilized or destroyed. The goal was to banish C. difficile by overpowering it with healthy microbes so that balance could be restored. The experiment worked, and last year a review of 317 patients treated by 27 different research groups found an astounding 92 percent cure rate from this unusual therapy.

Now a group of physicians have designed the fecal treatment’s first double-blind trial, in which neither patient nor researcher knows whether a placebo or a healthy microbiome is being delivered to the ailing gut. Before that can happen, though, the FDA needs to approve the use of healthy donor stool as an “investigational new drug.” Then the National Institutes of Health must provide funding.

Colleen Kelly, a gastroenterologist in Providence, Rhode Island, who is helping design the trial, says the first patient she treated with a fecal transplant was a premed student in 2008 who was completely debilitated by six painful months of C. difficile colitis. “I tried every standard regimen of treatment. Nothing worked,” Kelly says. After the patient received a transplant of her live-in boyfriend’s stool, she was cured. “When I saw her at follow-up, she looked fantastic,” Kelly says, “smiling and completely symptom free. She told me she’d felt better the same day as the transplant. I’ve done 72 of these now, and I hear that again and again.”

Growing interest in the unconventional therapy is due in part to the fact that C. difficile colitis cases have tripled in the past decade and now afflict more than half a million people a year. “C. difficile colitis is a terrible problem, and fecal transplant results are astounding,” says Lawrence J. Brandt, emeritus chief of gastroenterology at Montefiore Medical Center in New York. He is a proponent of fecal transplant therapy as a primary treatment for C. difficile, rather than as a last resort.

A Crisis of Colitis

The need for a better treatment is great. C. difficile occurs mostly in hospitalized patients who have received antibiotics, which kill off many of our “good” bacteria. Up to 20 percent of infected patients suffer at least one recurrence; 35 percent of those go on to have a second; and 65 percent of those are likely to have even more. A few sufferers actually have their infected colon removed in order to “cure” the disease.

Alarmingly, a decade ago a virulent strain emerged that can attack individuals after just one routine course of antibiotics. The new strain produces up to 23 times as much of the disease’s primary toxins as the common version. Like most strains of C. difficile﻿, it also produces heat-resistant spores that can persist and lead to relapse.

In 2010 gastroenterologist and immunologist Alex Khoruts of the University of Minnesota analyzed the microbiome of a 61-year-old woman suffering from recurrent C. difficile colitis so severe that she was in a wheelchair with diapers. Prior to receiving donor stool from her husband, her microbiota were largely pathogenic, as indicated by DNA sequencing. Two weeks after a fecal transplant, her flora resembled that of her husband. She recovered completely.

At present, fecal transplantation is a simple protocol. A donor (often a healthy relative or close friend) is tested to be sure he or she doesn’t carry any of the common blood or gut diseases, while the recipient undergoes the same kind of cleansing prep one would get before a colonoscopy. Then the doctor processes the donated feces into a smooth liquid consistency and infuses it into the patient’s colon via a colonoscope tube or enema. The healthy microbe community in the sample then begins to take over and populate the patient’s gut, restoring a balanced microbiome.

Despite strong anecdotal and case evidence, only a few physicians scattered around the country actually perform fecal therapy. It won’t be more widely used until we have the technology to analyze a microbiome precisely in a clinical setting, and until that planned double-blind study takes place. Advances in DNA analysis may also identify the specific elements in the donor feces that set the system right.

For Kelly, the future cannot come soon enough. “We are looking at this as akin to a tissue or organ transplant,” she says. “A healthy gut microbiome functions like an organ, and it’s something you can’t live without. We’re transplanting a healthy microbiome. We do the fecal transplant and we’re giving them something back that has been missing. These bugs have an effect on energy and immune function in a dramatic and mysterious way,” she says.

A User's Guide to Your Microbiome

Trillions of microbes inhabit the human body, protecting us from pathogens and keeping our systems in tune. Now scientists at the Human Microbiome Project, funded by the National Institutes of Health, have sequenced the genomes of almost every strain we harbor and mapped them to the organs where they live. Researchers worldwide are discovering the specific roles microbes play in our health. —Amy Barth

Nose People with chronic rhinosinusitis—a sinus inflammation responsible for about 22 million U.S. doctor visits a year—have significantly less bacterial diversity in their noses than healthy controls. They also have an excess of normally innocuous Corynebacterium.

Lungs Newborns with certain types of bacteria in their lungs are more likely to develop asthma. A study in adults suggests asthmatics have far more bacterial diversity in their lungs than those without the disease.

Reproductive System In June obstetricians described the vaginal microbiome of pregnant women. By the third trimester,