Beware! Prolonged Internet Use May Cause Psychotic Episodes 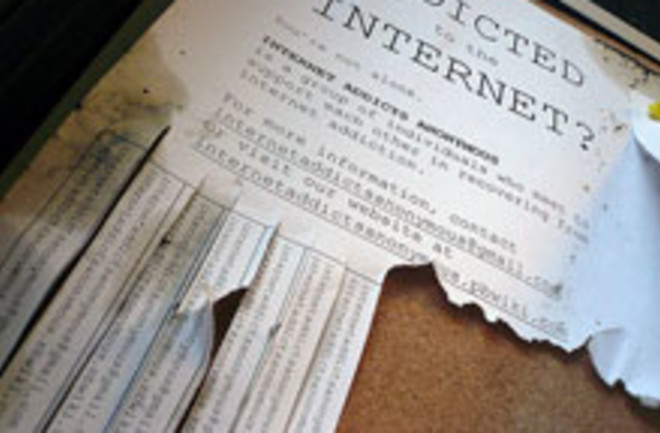 There might just be some truth to the notion that excessive indulgence in the "interweb" makes people a tad--just a wee bit--cuckoo. Research being conducted by the Clalit Health Maintenance Organization, Israel's largest HMO, points to a possible connection between unrestricted Internet use and the occurrence of psychotic episodes.

According to the Israeli paper Haaretz, researchers presented three cases of individuals who experienced psychotic episodes in the wake of intensive, prolonged Web surfing that included the development of a close online relationship with another person. All the three subjects were women between the ages of 30 and 50 with no significant psychiatric history. Two of them had no previous history of mental problems, although one had been treated for anxiety in the past.

Each of the three ladies had experienced an unsatisfactory intimate relationship in the past, and developed a dependent relationship with a man over the Internet without ever meeting him face-to-face.

The subjects' psychoses included a total disconnection from reality, and in the case of one of the women also involved tactile hallucinations; she imagined that she could feel the man with whom she was having a "virtual relationship" touching her.

Creepy. But here comes the scary part: The researchers said all three required psychiatric care in the past year after undergoing uncontrollable psychotic episodes accompanied by delusions and hallucinations. One of the women was referred to emergency psychiatric care, while two checked into clinics. All three needed anti-psychotic drugs to stop the episodes. Happily, all three women recovered and are reportedly fine now. Researcher Uzi Nitzan said that while a casual relationship cannot be established between internet use and psychotic episodes, the women in the study told researchers that their conditions intensified as they got increasingly involved with their cyber-amours. Internet-related psychosis hasn't yet appeared very much in scientific literature, but there have been some instances of internet delusions in individuals with a history of mental disorders. Haaretz quotes Nitzan as saying:

"There are descriptions of patients who have developed delusions inspired by computer software or hardware, such as one man who believes that someone is trying to poison his fingers through his computer keyboard or to implant certain thoughts in his mind."

80beats: Have You Consumed Your 34-Gigabytes of Information Today

80beats: Cheescake is like Heroin to Rats on a Junk Food Diet