Consider the many parallels between the treatments advocated by those who claim being gay is a disease, and those being pushed by our public health establishment to “cure” fat children and adults of their supposedly pathological state. The advocates of so-called conversion or reparative therapy believe that “homosexuality” is a curable condition, and that a key to successful treatment is that patients must want to be cured, which is to say they consider same-sex sexual orientation volitional. These beliefs mirror precisely those of the obesity establishment, which claims to offer the means by which fat people who want to choose to stop being fat can successfully make that choice. Those who seek to cure homosexuality and obesity have tended to react to the failure of their attempts by demanding ever more radical interventions. For example, in the 1950s Edmund Bergler, the most influential psychoanalytical theorist of homosexuality of his era, bullied and berated his clients, violated patient confidentiality and renounced his earlier, more tolerant attitude toward gay people as a form of enabling. Meanwhile, earlier this year a Harvard biology professor declared in a public lecture that Mrs. Obama’s call for voluntary lifestyle changes on the part of the obese constituted an insufficient response to the supposed public health calamity overwhelming the nation, and that the government should legally require fat people to exercise. 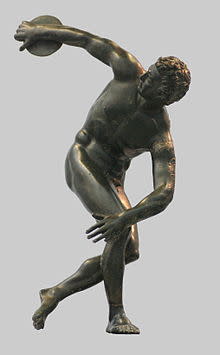 My first thought was, is this for real? You have to read the whole thing. I can't but help wonder if some of the same issues that cropped up during our recent Down syndrome discussion isn't reflected in this sort of thing. The author is Paul Campos, a law professor and gadfly, who himself is not overweight from what I can tell. It seems that as a society we now have a difficulty acknowledging that state A is preferable to state B, without that acknowledgment being assumed to be a license to strip all dignity from those who are in state B. I have to be honest and admit that I think there's some bias in the attitudes you see such as the ones that the Harvard professor above expressed. A few years back Sydney Brenner said some really strange things about overweight people, including specific overweight people in the room! Obesity has a negative economic correlation in the West, and is strongly stratified by class. For whatever reason fat people are not yet a class toward which sensitivity is warranted. And so boorish behavior is not uncommon. Because honest differences in human quality are not acknowledged we have to remain silent. Beauty and intelligence are social constructs. And now you have the strangeness of people seemingly claim that some people are just born fat, and if they are born fat there is no way that they should be judged to be any less than someone who is of normal size. The very use of the term normal privileges a particular somatotype as normative. The default. The ideal. And I'm fine with that. I think we'd be healthier as a society if we could learn to talk about these issues, rather than get boxed into being card-carrying members of NAAFA or fat-nazis. Similarly I think being heteronormative is fine. Most people are heterosexual, and will be for the foreseeable future. This may change in the future, but we don't live in the future. We live in the now.