Balding Penguin Gets a Neoprene Toupee 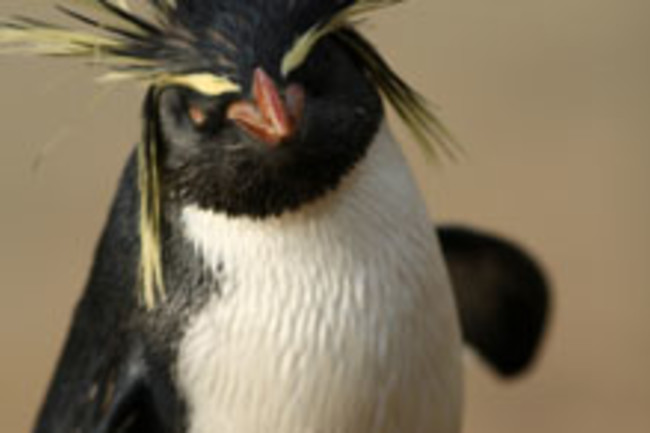 At 25-years old, Pierre the penguin was starting to see his glory days as the California Academy of Sciences alpha male fade away. 25 years is a lot to ask for a species that usually only makes it to 20, and the elderly penguin had a rather awkward problem: His waterproof feathers were falling off, leaving him bald (with an "embarrassingly exposed, pale pink behind"). But the main problem wasn't aesthetics—not that the comb-over is really an option for him—it's that the penguin paddock is freaking cold. Heat lamps didn't work, and the poor little guy "was unwilling to plunge into the academy's penguin tank and ended up shivering on the sidelines while his 19 peers played in the water." But Pam Schaller, a senior aquatic biologist at the CAS, had an idea—outfit his waddling little body with a stylish wetsuit, with customized flipper-holes. I'm generally opposed to animals in swimwear, but Pierre looks pretty sharp, and none of his buddies seemed to care (or were politely pretending not to notice). It's been six weeks, and now "he's gained weight, grown back feathers on his hind parts and is his again acting like his feisty, alpha-male self. "