Bacteria Come to the Rescue of Native American Relics 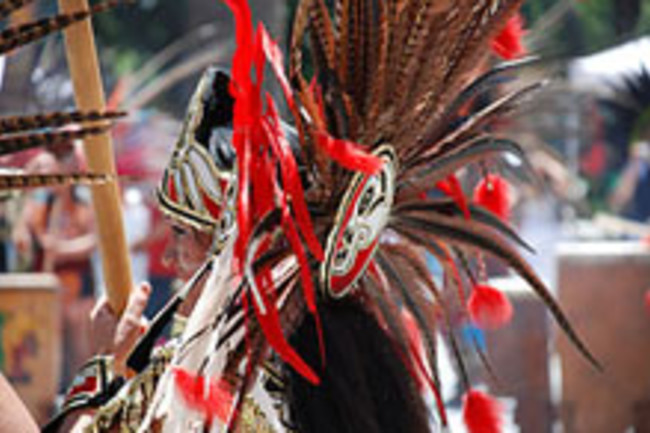 In the last two decades, museums have been returning Native American artifacts to their tribes at the demand of the government, but some of the head dresses, masks, and clothes were tainted with toxic mercury from pesticides. At first it sounds like a sick retread of one of the most terrible stories in American history, but it was an awful accident. But now Munira Albuthi, a biologist at the University of Colorado Denver, announced this week at the American Society for Microbiology meeting that she thinks she can solve the problem with bacteria. After the 1990 Native American Graves Protection and Repatriation Act, tribes could ask museums to return artifacts taken from their ancestors. But over the years, many museums used pesticides, including DDT before it was banned in the U.S., to prevent bugs from chewing up priceless items in their collections. Often those chemicals contained mercury, and in 2003 scientists said the tainted clothes could pose a threat to tribe members who wear them. So Albuthi turned to a bacteria, Cupriavidus metallidurans, to evaporate the mercury without degrading or destroying the items. Bacteria can break down all kinds of things. The trick to these bacteria is that they can make proteins that evaporate mercury, Albuthi says. Working with CU Denver microbiologist Timberley Roane, Albuthi placed microbes into samples of paper containing 10 parts per million of mercury, and within a week they managed to evaporate about 60 percent of the toxin. The actual Native American artifacts, she says, contain concentrations much lower than 10 parts per million, so the bacteria might be able to rid them of nearly all of the contaminant. The returned treasures aren't just to look at—the tribes have begun to use them again in religious ceremonies. With the help of some handy microorganisms, they could finally get back these pieces of their past, poison-free.