New research reveals who is at increased risk and how vitamin D and omega-3 fish oil might help prevent troubling diagnoses. 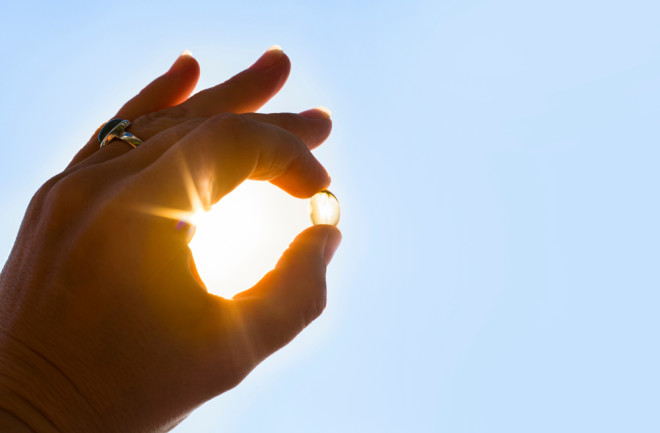 When Laura Zapulla first received a diagnosis of Crohn's disease, an autoimmune condition that causes debilitating inflammation in the intestinal tract, she didn’t know what to think.

“I knew something wasn’t right,” she says. “But I had never heard of Crohn’s disease before.”

Four years after her diagnosis, in 2013, surgeons removed Zapulla’s rectum and colon. Now, with a colostomy bag in tow, she’s living her best life. It includes frequent vacations throughout Europe and outdoor adventures, which she documents on her blog, Stomalicious. But it wasn’t always so easy along the way.

“I tried all these different medications to try to bring the inflammation down. Some of them worked for a short time, but, inevitably, my symptoms would come back again,” she says. “I was in and out of the hospital, and I got to the end of what was left to try from a medication point.”

Zepulla is not alone. For years studies have hinted that autoimmune diseases are on the rise worldwide. In a landmark 2020 paper, researchers found that antinuclear antibodies, a common indicator of autoimmunity, have been increasing in the U.S. population since the late 1980s.

Of course, knowing that something is a problem and finding a solution are two separate things, and the root causes of most autoimmune diseases remain mostly inscrutable. Some studies have suggested a link between the diseases and genetic factors, and in some cases they do tend to run in some families, while others have correlated the diseases with environmental exposures. The answer most likely lies somewhere between the two explanations.

“It’s the gene-environment interaction that seems to be important,” says Frederick Miller, a National Institutes of Health Scientist Emeritus and former chief of the Environmental Autoimmunity Group.

Even so, knowing what chemicals and behaviors might put you at risk could help you avoid developing these diseases. Here are a few things to consider.

Earlier this month, Harvard Medical School rheumatologist Karen Costenbader published an abstract documenting the first large scale double-blind randomized trial to investigate preventive measures against autoimmunity. Costenbader’s experimental design was built off of two previous lines of inquiry in the field. The first has established vitamin D deficiency as a risk factor for certain autoimmune diseases, while the second has established the consumption of omega-3 fatty acid (found in many fish) as protective against rheumatoid arthritis. The results of the new clinical trial are promising.

In the study, researchers compared the number of cases of autoimmune disease that arose in 25,871 participants over a five-year period. The research subjects were assigned to three groups: One group took vitamin D supplements daily, another group took omega-3 fatty acid supplements and a control group was given a placebo. The subjects that received a placebo were diagnosed with autoimmune diseases at a higher rate than either of the experimental groups.

“Overall, the clinical importance of these findings is high, given that these are well-tolerated, non-toxic supplements,” Costenbader wrote in a synopsis of the trial. “There are no other known effective therapies to reduce incidence of autoimmune diseases.”

Pros and Cons of Sunlight

It is common knowledge that too much exposure to the sun can cause skin cancer, but an emerging field of autoimmune research may provide another reason to stick to the shade. Though rare, cases of dermatomyositis, an autoimmune disease that causes rashes and muscle weakness, have been correlated with high exposure to solar radiation.

On the other hand, exposure to higher levels of environmental UV radiation has actually been correlated with a decreased risk of contracting the autoimmune disease multiple sclerosis (MS). This may be due to the ability of sunlight to catalyze the production of Vitamin D in our skin, but other possibilities remain. Sunlight also releases endorphins and generates nitric oxide, which plays a role in mitigating cardiovascular disease. Just make sure to reach for the sunscreen before you get too crispy.

Industrial workers are often put at greater risk during the work day due to physically demanding tasks and exposure to hazardous conditions. While the archetypical example of this is the prevalence of black lung in coal miners, the paradigm holds water for autoimmune diseases too.

Workers who are exposed to silica dust, which is released during mining, sand blasting and cement work are diagnosed with lupus, systemic sclerosis and rheumatoid arthritis at higher rates than the general population. Likewise, workers and hobbyists who are exposed to solvents, like the ones used by painters, construction workers and even nail salons, may be at a greater risk of contracting lupus, MS and systemic sclerosis.

Despite the best efforts of Big Tobacco’s 1950s disinformation campaign, the grave health risks of smoking tobacco are well-known today. In addition to causing lung disease and cancer, smoking has been established as a risk factor for a litany of autoimmune diseases. These include Crohn’s disease, rheumatoid arthritis, lupus, Grave’s disease and Hashimoto thyroiditis. Smoking also increases the risk of lung disease with some of these autoimmune diseases, a complication associated with higher mortality.

But, surprisingly, the issue of tobacco is more nuanced when it comes to autoimmunity. Multiple studies have correlated smoking with a decreased risk of contracting the inflammatory bowel disease ulcerative colitis. Smoking seems to mitigate the symptoms of the disease as well. While this might have been exciting news for a 1950s-era ad man, it’s no reason to reach for a pack now.

Each year, scientists are uncovering new risk factors for autoimmunity. Promising fields include the mechanisms of air pollution as a trigger for multiple diseases, the role of the high fat, high sugar and high salt Western diet, and the complex relationship between the human microbiome and multiple autoimmune diseases.

“Right now, we’re only looking at the very top of the tip of the iceberg,” Miller says. “We haven’t even made it to the sea level yet.”

While this may cast autoimmunity as a pervasive, malevolent phantom, it’s probably best not to worry about what we don’t yet know — if not for any other reason then because emotional stress itself is a likely trigger for a wide range of autoimmune diseases.

It’s logical that the best person to ask for advice on how to avoid autoimmune diseases is someone who has spent the better part of their career attempting to answer that question. But, Miller, who fulfills that description, says that the best solution at hand is more intuitive than you might think. While he acknowledges that many causes of autoimmunity are still unknown, so far conventional wisdom on how to live a healthy life has held up fairly well in light of the research.

“It’s essentially what my grandmother told me,” he says: Get plenty of sleep, avoid smoking and excessive alcohol consumption. Laying off the sweets, high salts and fats can also help, along with getting adequate exercise and staying in shape, he says. Stressing that which is out of your control is also a contributor. “And try to minimize the stress even about the things that you can do something about,” Miller adds.