As the weather warms up, watch out for lime disease. 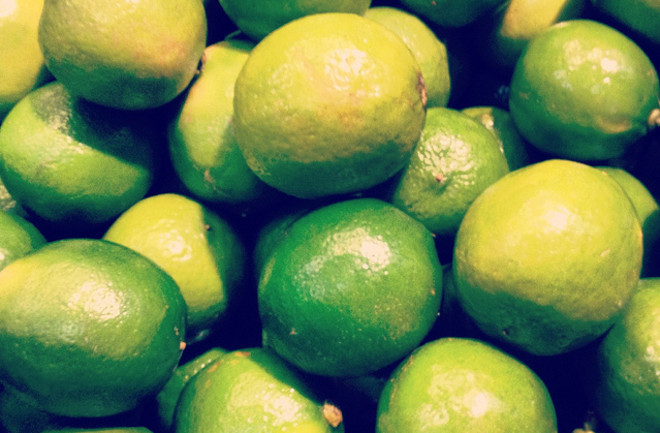 Image: Flickr/Mark HillaryMake no mistake, contact dermatitis is no joke, as this poor woman learned firsthand. The culprit? Squeezing limes and lemons for a large batch of sangria followed by exposure to the sun without sunscreen, which resulted in giant blisters on her hands the next day. Ouch! If you dare, check out the image of the poor woman's fingers linked to below. It's... intense.Phytophotodermatitis from making sangria: a phototoxic reaction to lime and lemon juice. "A 26-year-old woman presented to the emergency department with a painful blistering eruption on her hands. She had been squeezing limes and lemons while making sangria the previous day. She had spent the rest of the day outdoors in the sun without sunscreen. Hours later, she experienced a painful burning erythema followed by the formation of large, tense bullae on her hands (Figure 1). She was otherwise healthy and had no history of exposure to poison ivy or poison oak or to phototoxic drugs (e.g., naproxen and tetracycline), topical fragrances or other photosensitizing products that would make one consider the differential diagnosis of allergic contact dermatitis, drug-induced photosensitivity or pseudoporphyria. She had been seen in the emergency department on two previous occasions for similar presentations." Click here to see figure 1. (NSFW) Related content: Too much eye contact can actually cause hallucinations.I’m so rich, I’m allergic to money.When you’re allergic to your toilet seat.