Artificial Skin for Prosthetic Limbs Can Sense a Grain of Salt 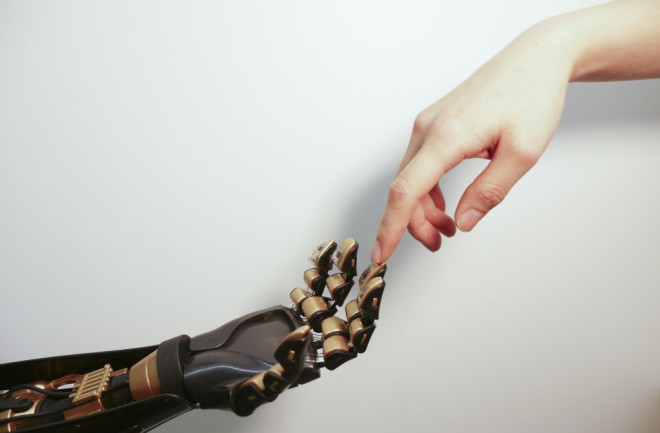 (Credit: Bao Research Group, Stanford University) Prosthetic limbs may one day have "skin" with working nerve endings, letting patients feel with their artificial limbs just like they would with a real one. One of the many challenges of adjusting to life with a prosthetic limb is that the new limb lacks sensation; patients can’t feel where their artificial limb is in space, or what it’s touching, so they have to work mostly by sight. Adding a sense of touch could make controlling prosthetic limbs easier and more natural – but that’s a challenge for engineers. The nerve endings in human skin are very sophisticated, low-power circuits that turn physical pressure on the skin into a digital signal in the brain. Those signals in the brain create our sense of touch. It’s difficult to build an electronic version of such a complex system, but Stanford University electrical engineer Benjamin C. K. Tee and his colleagues believe they’ve made a step in the right direction. They have developed a receptor system called Digital Tactile System or DiTact which could one day give prosthetic limbs artificial skin with a sense of touch. Digital Tactile System DiTact’s sensors are sensitive to the same range of pressure as human skin. “It is sensitive to very light touch, such as the weight of a grain of salt,” said Stanford University chemical engineer Zhenan Bao, a co-author on the DiTact study. Using carbon nanotubes, his team had previously developed a very sensitive pressure sensor that was also flexible enough to use in artificial skin. Now they just needed the sensors to turn pressure into a digital signal to neurons in the brain.

Artificial robotic hand with artificial mechanoreceptors. (Credit: Bao Research Group, Stanford University) Here’s how it works: When DiTact’s sensor detects pressure, it increase the voltage going to an oscillator circuit – a circuit that converts the direct current from a power supply (like the sensor’s battery) to an alternating current. With more voltage, the oscillator produces a higher frequency oscillation – an electrical pulse that can stimulate neurons to fire, causing the brain to perceive the pressure on the sensors, just like it would perceive the same information from real, living nerves. With multiple sensors, Bao said, DiTact should be able to sense textures and shapes, but for now the system can only sense static touches, not moving ones; for example, DiTact can sense when something is resting against the sensor, but not when something brushes past it. The sensors rely on battery power, and Bao said, “Hopefully the rapid development of high energy density rechargeable battery will allow the battery to be incorporated into the artificial limb so that the person does not need to be ‘plugged in.’” Promising Results Test results, which the researchers published in the journal Science, look promising so far. When Bao and his colleagues connected DiTact to tissue from the brains of mice, it worked just like they had hoped: Applying pressure on the sensors created an electrical pulse, which lit up a tiny LED embedded in the brain tissue. The LED, in turn, stimulated neurons that had been engineered to react to light. That’s a technique called optogenetics, and it’s a common tool in neurological studies in animals, but it’s not generally used in humans. Instead, if DiTact makes it to clinical trials in human subjects, it will probably rely on electrodes, which are already being used for neutrally controlled prosthetics. The next step for DiTact will be testing in live animals, most likely mice. “It is hard to predict when we will be ready for human trials,” said Bao. “A lot more developments are needed.”