Are Thyroid Diseases on the Rise?

One in four adults over 65 have some sort of thyroid dysfunction. But other factors, like better diagnostics and longer life expectancy, can make it tricky to tell. 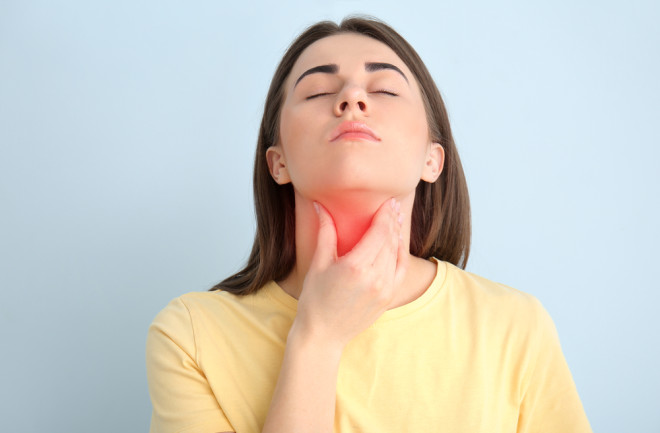 There’s a gland inside your neck, just under your Adam’s apple, that’s about the size and shape of a small butterfly. The hormones it releases control your metabolism — way more than just digestion, metabolism is how your body processes food into the energy it needs to sustain your life. The gland, of course, is your thyroid.

When thyroids over- or under-produce hormones, the resulting imbalance can lead to heart problems, cause symptoms like fatigue, and more. Ten million Americans, or 3 percent of the population, have a dysfunctional thyroid, and it’s estimated that another 14 million are undiagnosed. Incidence increases with age, and nearly 1 in 4 adults over age 65 exhibit some level of thyroid dysfunction. The majority of these patients have hypothyroidism — too little hormone production — while a small percentage suffer from hyperthyroidism (too much hormone production).

One in four may sound like a lot — and it is — but the reason this number is high, and why you might not have heard much about it before, is complicated. Although the actual prevalence of the illnesses could be on the rise, it’s near impossible to disentangle that from improved diagnostics, longer life expectancies, and increases in patients seeking help when they start feeling crummy.

Iodine is a critical component in the production of thyroid hormones, thyroxine (T4) and triiodothyronine (T3). The body doesn’t make iodine, so it has to come from the diet. It’s found naturally in foods like diary, eggs, seafood and soy, but not everyone around the world has access to these sources. Iodine deficiency, and resulting thyroid dysfunction, has long been a major issue across the world. Iodine deficiencies in expecting mothers is particularly damaging, and can cause developmental defects in children.

Iodine-containing ancient remedies, like seaweed prescribed in ancient China, were quite effective for treating patients with enlarged thyroid glands, or goiter, though iodine itself wouldn’t be discovered until the 19th century. In 1852, a French chemist that iodine deficiency may be linked with thyroid issues, and in 1896 a German chemist first found iodine in the thyroid itself.

Today, iodine deficiencies are less common, with thyroid dysfunction from iodine deficiency affecting about 30 percent of the world. For the rest, deficiencies have been on the decline thanks to modern fortified food products like bread, multivitamins and perhaps most importantly, iodized salt. The latter first hit shelves in 1922 in Michigan, and was widely adopted across the U.S. thereafter. By the 1950s, over 70 percent of U.S. households were using iodized salt, and today it’s estimated to be closer to 90 percent.

But iodine deficiency isn’t the only cause of thyroid dysfunction. Today, one of the biggest causes of thyroid disorder, especially hypothyroidism, is autoimmunity. When this happens, the thyroid is infiltrated with immune cells which physically destroy the tissue that produces thyroid hormones. This can lead to goiter, or enlarged thyroid, when the gland tries to compensate for the dysfunction by growing larger. That growth can in turn increase the risk of malignancy — thyroid cancer.

It might seem like everyone and their grandmother has a thyroid disorder today, but whether the condition is actually on the rise is not clear. That’s because it’s so much easier to get diagnosed than it was in the past — and people are more likely to seek medical help when they’re not feeling well.

“We’re moving onto a different spectrum of disease now,” says Francesco Celi, chair of the Division of Endocrinology, Diabetes and Metabolism at Virginia Commonwealth University. “On one side, our technical abilities have improved, and we’re able to make more and more precise measurements. On the other, expectations of health have changed.”

Thyroid conditions are typically diagnosed by testing a patient’s TSH levels, or thyroid stimulating hormone. TSH is made in the pituitary gland and sent to the thyroid. If the thyroid isn’t working properly, TSH can build up in the body.

It's become relatively simple to test a patient’s TSH levels — and to detect abnormalities in the thyroid gland itself using ultrasound — today. Plus, the average person also has a greater life expectancy and a greater expectation that they’ll feel a certain way during that life. “At the middle of the last century, getting to my age alive would’ve been a success. At my age now, being able to run a marathon is aspirational but it’s not crazy,” says Celi. “As people get older and start experiencing what I’ll call wear-and-tear, it’s now natural to look for symptoms that can be ascribed to treatable conditions.”

Put another way, the more people that grow older and see their doctor for symptoms like fatigue, weight gain, pain and stiffness in joints, depression and more, the more people will be tested for thyroid trouble — and actually be diagnosed. “Prevalence is increasing, but the question is whether that’s because we’re more attentive to it or not,” Celi says. “If we start counting patients with blue eyes, the more we count, the more we’ll find.”

There are other major unanswered questions in the thyroid world, Celi explains. For example, why women are so much more likely to have a dysfunctional thyroid than men, or why treatments aren’t always effective. Many patients that get treated for a thyroid disorder end up under-treated or over-treated, says Celi, because of how sensitive the thyroid is to variation in absorption of thyroid drugs, and how prone these drugs are to interactions with other prescriptions. “A good number of patients who are treated for thyroid disease end up on the other side,” Celi says.

For patients with overt hypothyroidism, treatment is a must, especially since the condition is associated with increased cardiovascular risk. But in patients with a mild case of thyroid dysfunction, the question of whether to treat it at all is a tough one to answer. “A lot of [studies] indicate that changes in therapy do not necessarily correspond to a net improvement of the condition,” Celi says. “We have a relatively small number of patients that may benefit from treatment, out of a very large number of patients with mild dysfunction who likely will get no benefits from it.” Researchers still have a long way to go toward understanding the root causes of thyroid diseases and how to treat them effectively.