Are bald men more virile than their well thatched contemporaries? 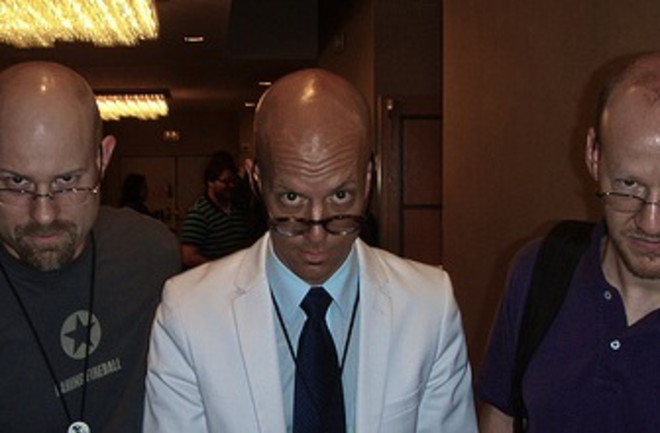 As we know from the scientific literature (and from watching Breaking Bad), bald men are perceived as more dominant. But does this mean that they have more sex? Popular belief says yes, but until now this hasn't been scientifically tested. A crack team of Australian scientists set out to fill this void, and it's likely you might just possibly be surprised at what they found. Or not.

Are bald men more virile than their well thatched contemporaries? "OBJECTIVE: To test the popular assertion that bald men are more virile than their well thatched contemporaries. DESIGN, PARTICIPANTS AND SETTING: Secondary analysis of data from a case-control study in a community setting between 1994 and 1997 among men below the age of 70 years, using in-person interviews and categorisation of baldness, with subsequent completion of a questionnaire by the participant. We analysed risk factors for baldness using unconditional logistic regression. MAIN OUTCOME MEASURES: Baldness; history of ejaculations between the ages of 20 and 49 years; total number of sexual partners. RESULTS: There was no significant association between baldness and the frequency of ejaculations, but bald men were significantly less likely to have had more than four female sexual partners. CONCLUSIONS: In the population studied, bald men appear to be no more virile than their well thatched contemporaries." Related content: NCBI ROFL: An evolutionary explanation for baldness? NCBI ROFL: The "Booty Call": A Compromise Between Men's and Women's Ideal Mating Strategies. NCBI ROFL: The big benefits of being bald.