An Acidic Brain Leads to Panic; A Deep Breath Can Fix That 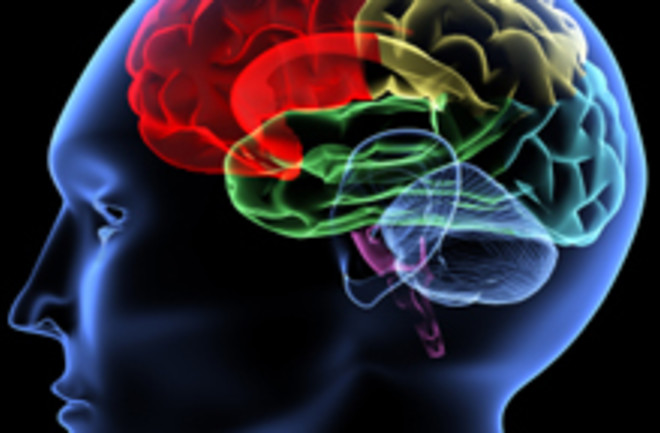 When people breathe in carbon dioxide, they start to panic. It happens in mice and other animals, too, as the body responds to the threat of suffocation. Now, in a study in Cell, researchers have connected a particular gene to that response in the brain.

The gene, called ASIC1a, is connected to a protein found in abundance in the amygdala, the area scientists believe to be the brain’s fear center. In their new study … the researchers show that mice lacking this gene don’t freeze in place–a commonly used indicator of rodent fear–to the extent that normal mice do when the team pumped CO2 into their enclosure. But when Wemmie and colleagues injected a virus containing the ASIC1a gene into the amygdala of the mice, they acted like normal mice, freezing up when exposed to elevated CO2 [ScienceNOW Daily News].

In other experiments, the team found that the amygdala becomes more acidic with CO2 exposure, and that this change in pH causes an electrical current in amygdala neurons of mice—unless those mice lacked the ASIC1a gene. “The amygdala has been thought of as part of the fear circuitry of the brain,” said researcher John Wemmie…. “Now we see it isn’t just part of a circuit, it is also a sensor” [LiveScience].

The same kinds of pathways could be responsible for panic responses in people, and so Wemmie’s work could prove invaluable to those trying to treat anxiety in humans. But, he says, the study suggests that the old-fashioned wisdom to take a few deep breaths has scientific validity. “Brain pH is very sensitive to breathing — if one breathes deeper for a time in a controlled way, one can actually reduce acidity” [LiveScience], and thus perhaps quiet the clanging of alarm bells in the amygdala.