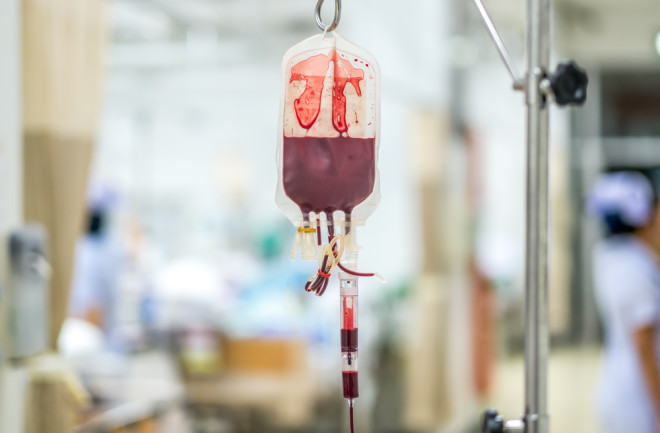 (Credit: chaiyawat chaidet/Shutterstock) Transfusing blood from young mice into those with Alzheimer’s doesn’t appear to treat the disease. It’s an out-there concept that seems more of a kind with cryogenetics and organ xenotransplants but the promise of rejuvenation by blood infusion actually has some scientific legs to stand on.

Shoulder to Lean On

That the blood of the youthful might help the elderly was first proposed over 150 years ago when studies of mice whose circulatory systems had been sewn together revealed that old mice joined to young ones appeared to do better. It was known as parabiosis or “living beside”, and the field was opened anew in the early 2000s when researchers from the Harvard Stem Cell Institute revisited surgically tying together young and old mice. A series of 2014 studies from the group showed tangible benefits for the hearts, brains and muscles of old mice, and other work has shown that the procedure helps liver cells as well.

I Vant Your Youth

Since then, various biotech start-ups have emerged promoting the life-extending benefits of youthful blood. For $8,000 you can pump yourself full of the blood of the next generation thanks to California-based Ambrosia, though they haven’t produced any controlled studies to back their claims up. They appear to be recruiting right now for another trial. Alkahest, the company behind the recent Alzheimer’s trial, is another player. They gave blood plasma donated from men aged 18 to 30 to 16 patients with Alzheimer’s disease for four weeks, along with a four-week placebo injection. A different set of nine patients alternatively received the plasma injections for the full eight weeks. None of the patients scored any better on tests of their mental abilities following the trial, according to an abstract to be presented Saturday at the 10th Clinical Trials on Alzheimer’s Disease meeting in Boston, reports Science. Their caregivers did rate them higher on surveys of their ability to perform daily tasks, but those results are more prone to bias.

It’s a disappointing result for a field that often promises to turn back the clock. Some of the early tests looked truly promising, indicating that muscle stem cells could be rejuvenated with young blood and that some types of brain cells functioned better after the transfusions. Another heartening breakthrough came in 2013 with the isolation of a protein, GDF11, that was present in young mice, but not their elderly counterparts. It reduced age-related thickening of the heart when given to aged mice and was shown to improve their physical performance as well. This year, another protein, TIMP2 was shown to counteract some of the mental effects of aging in mice. Because these were single proteins, rather than a full blood infusion, it seemed to herald aging treatments that could be delivered as an injection, or a pill. Those proteins haven’t been tested in humans yet, though, and this most recent study throws doubt on blood transfusions as some sort of panacea for the creeping ravages of time. Other studies have given cause for doubt as well. One published in Nature Communications last year indicated that it wasn’t the blood of the young that was helping, rather it was that blood in the elderly was causing harm. In other words, young blood won’t turn back the clock, it may just prevent further harm from occurring. Another lingering question is whether it’s the blood that’s helpful, or some combination of factors from an entire body. Remember that the initial evidence for these treatments came from mice that had been physically sewn together. This means that they effectively shared organs and entire bodily system as well. It could be more than just blood that caused the improvements. Additionally, if we can’t isolate a discrete protein or molecule that’s at work here, it’s unclear how treatments would proceed. Ambrosia notwithstanding, it’s not really feasible to give the elderly regular infusions of blood from the young, especially when blood transfusions for critically injured individuals are already in short supply. Dystopian visions of blood farms aside, parabiosis and the promise of young blood have quite a ways to go.