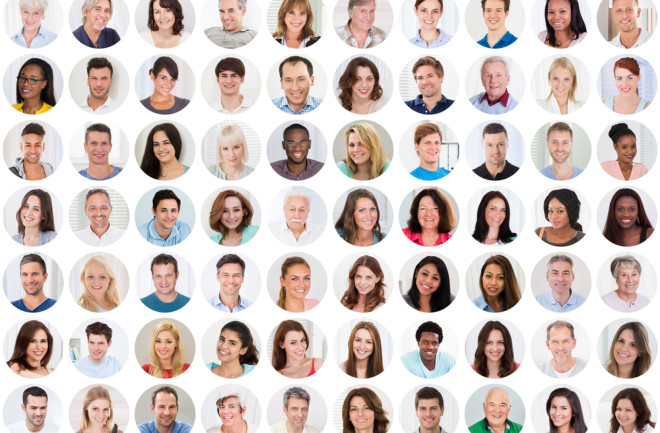 An algorithm is able to identify genetic syndromes in patients more accurately than doctors can — just by looking at a picture of a patient’s face. The results suggest AI could help diagnosis rare disorders.

“This is a long-awaited breakthrough in medical genetics that has finally come to fruition,” Karen Gripp, a medical geneticist at the Nemours Alfred I. duPont Hospital for Children in Wilmington, Delaware and co-author of the new paper, said in a statement. “With this study, we’ve shown that adding an automated facial analysis framework … to the clinical workflow can help achieve earlier diagnosis and treatment and promise an improved quality of life.”

Severe genetic syndromes affect about six percent of children born globally. Detecting them early on can help with treatment but getting an accurate diagnosis is often a lengthy and expensive process. Part of the problem is that there are hundreds of genetic syndromes and many are rare. Correct diagnosis, and thus early treatment, frequently relies on doctors’ experience and whether they have encountered an individual’s condition before. But machine learning could change that.

Gripp and colleagues wanted to create artificial intelligence that could identify genetic syndromes from images of patient’s faces. To that end, the team built DeepGestalt, a technology that analyzes facial features for traits that are characteristic of particular genetic syndromes. The researchers used a dataset of more than 150,000 patients to train the algorithm, they report in a new study published today in Nature Medicine.

DeepGestalt’s algorithm first identifies landmarks on the patient’s face — the eyes, nose and mouth for example — and then crops the image into regions just 100×100 pixels in size. Next, the tech assesses each of these regions using deep convolutional neural networks, a machine learning technique that has become the leading model for automated image classification. For every facial region, DeepGestalt’s analysis returns a probability for each syndrome. Then it compiles data from the entire image into a prediction.

When Gripp and colleagues put DeepGestalt to a diagnostic test, it outperformed clinicians. In one test, Gripp and colleagues trained DeepGestalt on a set of more than 600 images of patients with Cornelia de Lange syndrome, a genetic condition that causes developmental delays and growth defects, and about 1100 non-patient images. DeepGestalt identified patients with the syndrome with nearly 97 percent accuracy, the researchers report. In contrast, a cohort of 65 experts only achieved 75 percent accuracy when presented with a similar diagnostic challenge.

In another test, the researchers trained the model using more than 17,000 images of patients with over 200 distinct genetic syndromes. Using that knowledge, the tech was able to place 500 patients’ genetic syndromes in a list of top-10 possibilities in more than 90 percent of cases.

“The increased ability to describe [patient traits] in a standardized way opens the door to future research and applications,” said Yaron Gurovich, chief technology officer at FDNA Inc., the Boston, Massachusetts-based company that developed the tech. “It demonstrates how one can successfully apply state of the art algorithms, such as deep learning, to a challenging field.”