Aging Is Our Enemy; Death Is Our Ally 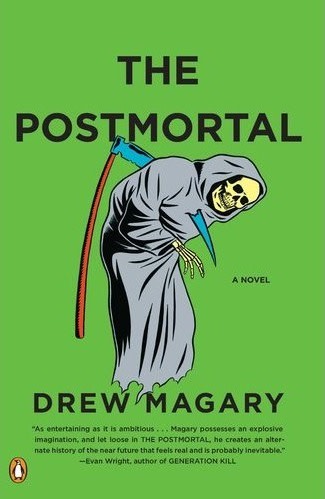 Death is good. Death clears away old people to make way for new people and ideas. Death makes sure there aren't too many of us on the planet at once. Mortality is our condition, and as meaning-makers, we cannot but live through the lens of knowing we must die. Death is just too important to kill. So efforts to postpone death are misguided and unethical. People who try to fend off death are being selfish, are in denial, and are pouring money down the drain for cockamamy schemes to preserve their frozen heads for some fingers-crossed future, which will never arrive. At the same time, we shouldn't let people die, particularly (and ironically) if they really want to. Choosing death is untenable. It's against nature. No, death is good only when death decides it's ready for you. Or so go the arguments of many who oppose anti-aging technology. But just because we accept death as good and necessary, that doesn't necessarily mean we have to say the same about aging. Can we argue for anti-aging technology, for 2,000-year lifespans of perpetual youth, and admit death can be good at the same time? Not only can we; we must. We can accept death yet also seek to live vastly longer, healthier, and happier. Death is good, but so too is a long, long, long life. We can attain long lives of quality by rejecting extreme "life-saving measures," embracing euthanasia, and accepting that there are just some things we cannot cure. Death has got to be our closest kept enemy if we want to be ageless. Baffling as it may seem, wanting to live to be a thousand years old is inextricably connected to the ability to decide when it's time to give up the ghost. Pace Kurzweil, I presume I won't live more than 110 years; more than likely it'll be closer to 80. There is a good chance that before I hit that lower number I'll get a disease that corrodes my brain (e.g., Alzheimer's) or my organs (e.g., cancer), that my body will begin to kill itself (e.g., auto-immune disorders), or that I'll be injured in some catastrophic way. The problem is that most of us simply aren't exposed to enough friends and family members to get an idea of what battles are worth fighting. But doctors are. And how do they deal with end of life? They often let their lives end without a fight. In his excellent piece "How Doctors Die," Ken Murray gives a clear perspective on dying:

Almost all medical professionals have seen what we call “futile care” being performed on people. That’s when doctors bring the cutting edge of technology to bear on a grievously ill person near the end of life. The patient will get cut open, perforated with tubes, hooked up to machines, and assaulted with drugs. All of this occurs in the Intensive Care Unit at a cost of tens of thousands of dollars a day. What it buys is misery we would not inflict on a terrorist. I cannot count the number of times fellow physicians have told me, in words that vary only slightly, “Promise me if you find me like this that you’ll kill me.” They mean it. Some medical personnel wear medallions stamped “NO CODE” to tell physicians not to perform CPR on them. I have even seen it as a tattoo.

Hell is being kept alive. We intuit this in every argument against immortality. Consider this sad rehashing of the Eternal Old-age Argument by Paul Root Wolpe a bioethicist at NASA and Emory University, uncritically written up by Jason Gots at Big Think. The argument presumes we would sacrifice quality for duration. Living longer than our current average of 70-some-odd years would be problematic because we'd just be old, decrepit, and living in nursing homes longer. I've always marveled at the myriad ways in which some bioethicists construct overblown arguments against straw men representing longevity. Wolpe does an amazing job of extrapolating all the possible negative consequences of a form of longevity enhancement for which no reasonable person is arguing. All reasonable arguments for life-extension argue that our enemy is aging, not death. Anti-aging researchers like Aubrey de Grey are trying to discover ways to expand the youthful middle of our lives, not the unlivable end. Life extension happens by delaying old age for as long as possible. Which would you prefer,

I would happily give up a decade of total life for a vastly more youthful life overall. The critical piece is that anti-aging medicine would likely also extend the reduced quality years. So we need an option to avoid futile care and the high-cost cruelty it creates. It is here we welcome our good friend Death. We now have demonstrableproof that there is no "euthanasia slippery slope" as fear-mongered. We know that, given the choice, many doctors have a good idea when to say die. Thus, in a world where anti-aging technology is a reality, being able to maturely and rationally assess if a life of quality can be preserved without undo suffering is essential. And if life has become too burdensome, the ability to volitionally end it must be an option. Fight aging at every turn, but know that death is still a part of the process. In accepting death as the partner of super-longevity, we realize all the benefits of a preternatural youthful life without the three great fears associated with deathlessness: endless old age, a cultural inability for the new to displace the old, and a loss of meaning. Death, coupled with anti-aging, is something to shoot for. Follow Kyle on his personal blog, Pop Bioethics, and on facebook and twitter.

Image of The Postmortal, by Drew Magary, a window into our love of death.