A Weapon from the Soil

It is common knowledge that the discovery of penicillin in the laboratory of Alexander Fleming radically changed the world of medicine and public health, allowing us to treat and cure once intractable and deadly bacterial infections. Less well-known is the winding road from discovery, past numerous roadblocks including production limitations and the second World War, to widespread use. A decade and a half of limited access to the world's first antibiotic came to an end in 1943, when a prolifically moldy cantaloupe was purchased from a grocery store in Peoria, Illinois. We would double down in our battle against infectious diseases less than a decade later, when two female scientists inspired by the humble discovery of penicillin would identify the first known antifungal agent in the mucky soil of a Virginia dairy farm. Penicillin, a compound that naturally kills bacterial organisms, was sourced from a fungus. In the 1940s, the scientific consensus was leaning towards a concept of microscopic germ warfare, a sustained battle for survival among bacteria and fungi, all equipped with their own unique and evolutionarily refined weapons in the form of antibiotics and antifungal agents. Just as the penicillin antibiotic could be sourced from a white mold battling for survival against its bacterial neighbors, surely an antifungal agent produced by a similarly adept bacteria could be identified somewhere? 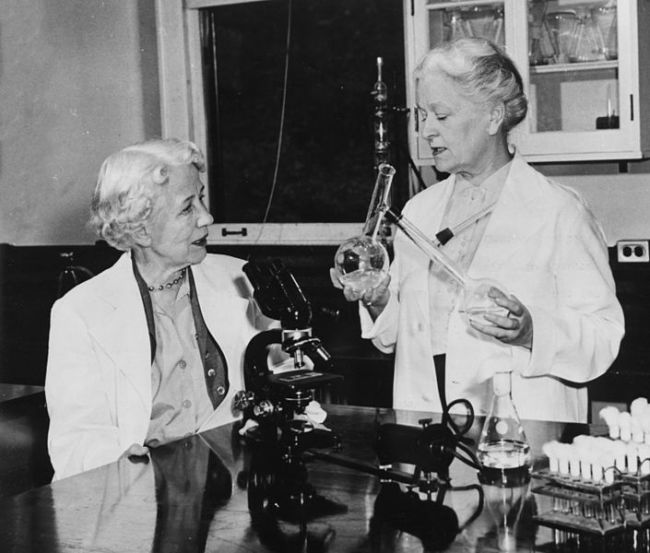 Dr. Selman Waksman, a Ukranian-American microbiologist, was instrumental in developing this concept. Now known as the “father of antibiotics,” Waksman was deeply invested in the study of soil microflora. Through his research and development of a unique methodology in screening for antibiotics from soil microbes, he discovered that a certain genus of dirt-dwelling, thread-like bacteria known as actinomyces produced effective compounds capable of actively killing bacteria. He was a true pioneer in this field, and received the Nobel Prize for his discovery of the antibiotic streptomycin, the very first of its kind that was effective against tuberculosis. His influence, furthermore, would be instrumental in the discovery and development of antifungals just a few short years later.

In 1948, a microbiologist employed by the New York State Department of Health by the name of Elizabeth Lee Hazen used Waksman’s methodology of antibiotic screening from soil samples to search for a new antifungal compound. Hazen’s method consisted of identifying these muck-residing microbes and exposing them to cultures of two pathogenic fungi, the yeasty Candida albicans famous for causing thrush and the deadly Cryptococcus neoformans responsible for causing lung and brain infections.

Any microbes capable of producing some sort of resistive activity against these molds Hazen promptly mailed in mason jars to Rachel Fuller Brown, a biochemist based in Albany, New York. Brown would painstakingly extract and isolate the active compounds using solvents, which she then mailed back to Hazen for further experimentation on fungi and animal testing.It was simple in theory, but tedious in process. Several of the isolated antifungal compounds, though successful in killing fungi, were exceedingly toxic and also quite adept at killing animals. These, of course, were thoroughly unsuitable for human use. Specimen 48240 was the rare success, a sample of soil gifted by William Nourse, a friend of Hazen’s that owned a dairy farm in Fauquier County, Virginia (1). Nestled within the dung and dirt was an actinomyces bacteria that issued prominent fungicidal activity against both Candida and Cryptococcus. The bacteria would be named Streptomyces noursei, in honor of the Virginian dairy farmer.

During testing in animals, the antifungal compound of S. noursei would be found to prolong the lives of mice infected with various species of fungi (2). Initially called “fungicidin,” Hazen and Brown later changed the name to “nystatin,” in honor of New York state, the site of the drug’s characterization.

authorize the sale of the drug in the form of oral pills for the prevention and treatment of Candida infections of the mouth, skin, and gut (3). The discovery constitutes another benchmark in the new era of medications designed specifically to kill microbes such as bacteria and fungi.

Today nystatin continues to be used to treat infections of Candida, from the benign case of thrush to the prophylaxis of deadly fungal infections in the severely immunocompromised. Through the collaborative efforts of two dedicated female scientists testing thousands of soil samples from around the United States, a key antifungal weapon was wrested from soil-dwelling microbes under our feet and thus added to our own arsenal.

From the Body Horrors ArchivesA Moldy Cantaloupe & The Dawn of Penicillin