A Tainted Jalapeno Offers a Clue to the Salmonella Outbreak 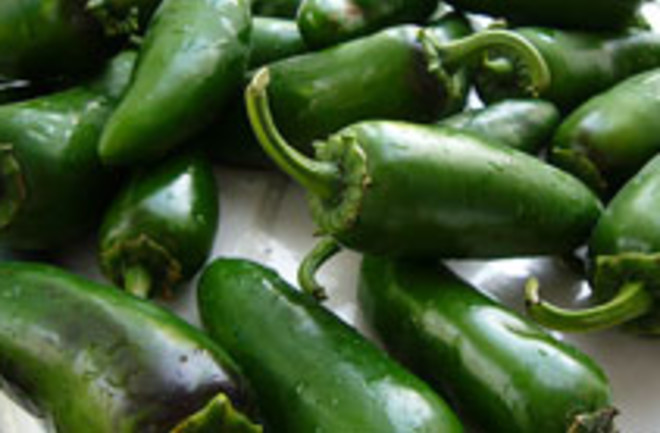 After over 14 weeks of looking, Food and Drug Administration officials investigating the salmonella outbreak finally have something to go on. In a produce distribution plant in McAllen, Texas they discovered a single pepper tainted with the same strain of salmonella, called salmonella Saintpaul, that has sickened over 1,200 people since April.

The FDA inspectors say the bacteria found on the pepper in McAllen is a genetic match with the samples taken from sick patients. But Monday’s discovery, the equivalent of a fingerprint, doesn’t solve the mystery: Authorities still don’t know where the pepper became tainted — on the farm, or in the McAllen, Texas, plant, or at some stop in between, such as a packing house…. Still, “this genetic match is a very important break in the case,” said Dr. David Acheson, the Food and Drug Administration’s food safety chief [AP].

The FDA is now warning people to avoid fresh jalapenos and the spicy salsas made with them, and has lifted the warning on fresh tomatoes, which were initially blamed for the salmonella outbreak. That doesn’t mean that tomatoes were never a culprit, said Dr. Robert Tauxe of the Centers for Disease Control and Prevention. “We’re considering the hypothesis that there may be more than one vehicle here,” Tauxe said. Investigators will check into whether any tomatoes passed through the same distribution center [Houston Chronicle].

Inspectors will now trace the peppers found at the packing company back to the Mexican farms where they were grown, and will search for further evidence of contamination there. However, the company’s small size left one food safety expert skeptical that it could be a sole source of the salmonella problem. “It would be something different if this were a big distribution place,” said Michael Hansen, a senior scientist at Consumers Union. “But they only have three people there and $600,000 in estimated annual sales. So this can’t be it” [Chicago Tribune].