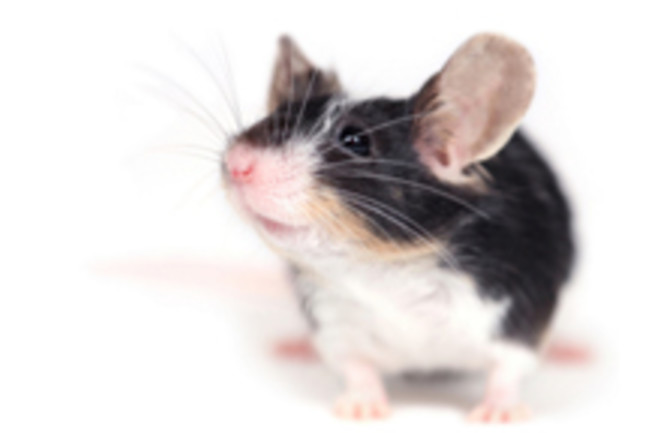 By deleting a single gene from a mouse's genetic makeup, researchers have created a mighty mouse with a longer, healthier life. The change mimicked the effect of keeping the mice on a calorie-restricted diet.

Severely restricting the diets of yeast, bacteria, mice and primates have granted these animals unnaturally long lives. For humans, however, maintaining a diet of near starvation would be difficult at best [Discovery News].

That's why researchers are actively pursuing drugs that could produce the same anti-aging effect. Study coauthor Dominic Withers says the effect was striking--but for reasons not yet understood, only the female mice benefited. The mice didn't just live longer, they also had fewer age-related ailments.

"These mice were resistant to type 2 diabetes ... and they also appeared to have reduced incidence of the mouse-equivalent of osteoporosis -- so they had stronger bones," Withers said. Balance, strength and coordination all improved in the [female] mice, and they were more inquisitive, suggesting their brains were healthier [Reuters].

In the study, published in Science, the researchers bred mice that had one gene disabled, the gene that produces the protein S6 kinase 1 (S6K1), which is involved in regulating the body's metabolism.

Female mice lacking S6K1 lived an average of 950 days, over 160 days (or 20 percent) longer than the control group. For humans, that would be like adding 16 additional years of life [Discovery News].

It's still not clear how the genetic change, or calorie restriction for that matter, extend lifespans. But even though the underlying mechanism isn't understood, researchers are clearly zeroing in on an effective biochemical pathway. In July, a separate group of researchers found that a drug used to suppress the immune system extended the lifespans of middle-aged mice dramatically; that drug targeted a number of proteins including S6K1. Related Content: 80beats: Low-Calorie Diet Staves off Aging & Death in Monkeys 80beats: Immunosuppressant Drug Extends Lifespan of Elderly Mice 80beats: Cutting Calories Drastically Could Boost Senior Citizens’ Memory DISCOVER: Longevity: could a pill that controls appetite give people longer lives? Image: iStockphoto