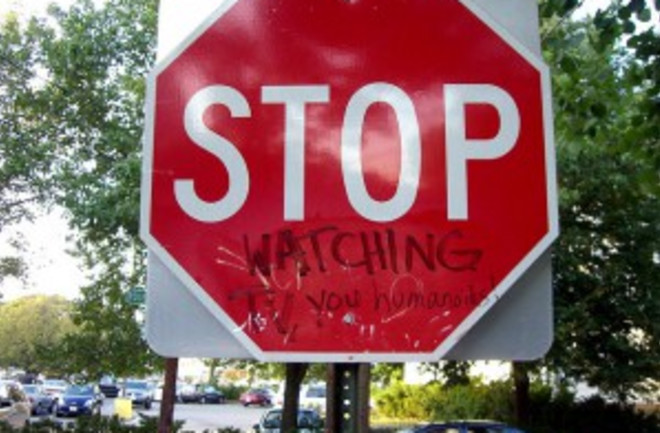 Photo: flickr/Frank HebbertBinge-watching TV is a relatively new phenomenon -- 10 years ago, the only way you could do it was via box sets of DVDs or the occasional marathon on TV. Now, Netflix, Hulu, and many other providers let you watch as many episodes of "Battlestar Galactica" as you can handle in one sitting. In this study, scientists used an online survey to measure how much TV qualifies as a "binge" and how binge-watching makes people feel. They found that watching more than two episodes of the same show in a sitting puts you in binge territory, and binge-watching is correlated with "anticipated regret" (I'm gonna regret this in the morning) and "goal conflict" (binge-watching is keeping me from doing other activities I'd like to do). To address the problem of binge-watching, and associated sedentary behavior, the authors suggest that "online streaming services include in-built interruptions after a number of consecutive episodes have been viewed." We throw this to you, dear readers -- good idea, or just a party pooper?‘Just one more episode’: Frequency and theoretical correlates of television binge watching "Binge watching is a relatively new behavioural phenomenon that may have health implications. The aim of this study was to estimate the frequency of, and identify modifiable factors associated with, TV binge watching. A total of 86 people completed an online questionnaire assessing self-efficacy, proximal goals, outcome expectations, anticipated regret, automaticity, goal conflict and goal facilitation, and self-reported binge watching over the last week. Participants reported binge watching a mean 1.42 days/week (standard deviation = 1.42). Intention and outcome expectations accounted for variance in binge watching, and automaticity, anticipated regret and goal conflict each separately accounted for additional variance in binge watching. Binge watching is commonplace and associated with both reflective and impulsive factors." Related content: BMJ Week: Do you know what your kids are watching? Study finds children’s movies rife with MURDER!Flashback Friday: Why watching cooking shows could sabotage your diet.Flashback Friday: Spoiler alert! Spoilers actually increase enjoyment of stories.