A scientific analysis of internet trolls finds that yes, they're actually sadistic psychopaths. 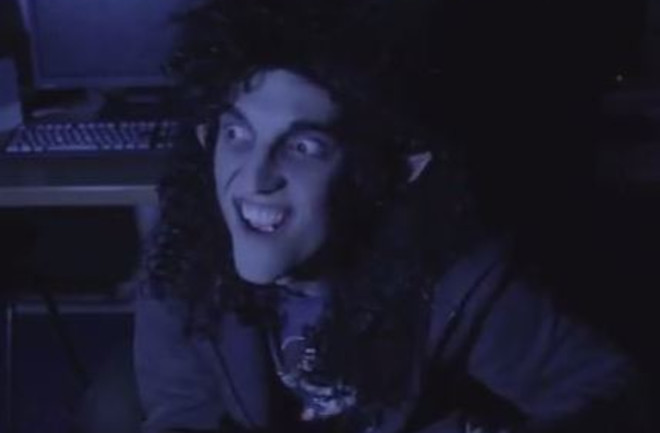 Why do internet trolls do what they do? Here, scientists used online surveys to learn more about trolling personalities. Interspersed among questions like  “Do you post comments on websites (e.g., YouTube, news sites, forums, etc.)? (even occasionally?)”  were questions such as “I have sent people to shock websites for the lulz”, “I like to troll people in forums or the comments section of websites”, “I enjoy griefing other players in multiplayer games”, and “The more beautiful and pure a thing is, the more satisfying it is to corrupt." Somewhat unsurprisingly, it turns out that the people who like to troll also score highly on personality measures of sadism, psychopathy, and Machiavellianism (a term used by psychologists to describe a person's ability to deceive or manipulate others). Don't click on this.

Trolls just want to have fun "In two online studies (total N = 1215), respondents completed personality inventories and a survey of their Internet commenting styles. Overall, strong positive associations emerged among online commenting frequency, trolling enjoyment, and troll identity, pointing to a common construct underlying the measures. Both studies revealed similar patterns of relations between trolling and the Dark Tetrad of personality: trolling correlated positively with sadism, psychopathy, and Machiavellianism, using both enjoyment ratings and identity scores. Of all personality measures, sadism showed the most robust associations with trolling and, importantly, the relationship was specific to trolling behavior. Enjoyment of other online activities, such as chatting and debating, was unrelated to sadism. Thus cyber-trolling appears to be an Internet manifestation of everyday sadism." Related content: What happens when you give a sadist a cup of bugs and a coffee grinder?NCBI ROFL: 20% of people who turn to the internet for sexual fulfillment leave dissatisfied.NCBI ROFL: Introducing…the automatic LOLcat detector!