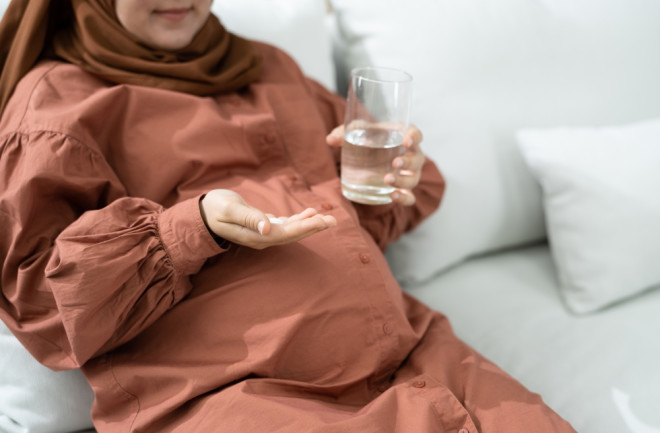 You may not have sought out supplements with folic acid, a synthetic version of the B vitamin folate, but you may have nevertheless consumed it today. It's a common ingredient in multivitamins and enriched products like bread, cereal, pasta and rice. Its naturally occurring counterpart is found in various foods, as well.

Folate is crucial for cell growth and, more specifically, neurodevelopment. In fact, folic acid supplementation can prevent certain brain and spine abnormalities in newborns known as neural tube defects. Folic acid, and folate more broadly, is therefore most helpful within the first month of pregnancy, when the tissues that later become the spinal cord begin to develop. But that early on, someone might not be aware they’re pregnant.

That’s why the U.S. government urges anyone who can become pregnant to take 400 micrograms (mcg) of folic acid daily. As of 1998, both the U.S. and Canada have required that enriched grain products be fortified with folic acid. Other countries, including Costa Rica and South Africa, have implemented similar rules, which may be linked to 25 to 50 percent declines in neural tube defects in many parts of the world.

Scientists are now looking into another potential benefit of folic acid: Upping intake during early pregnancy could also reduce children’s odds of developing autism spectrum disorders (ASDs), which include Asperger's syndrome and Rett syndrome. Like neural tube defects, these neurodevelopmental conditions also originate within the first month or so.

Currently, around 1 in 44 U.S. children at age 8 have been identified with ASDs, and numbers have risen significantly in recent decades due in part to broadened clinical definitions of autism and ramped-up government reporting. Amid increasing diagnoses, scientists have not yet determined the exact degree to which genetics versus environmental factors contribute to ASD incidence.

But research has identified a wide range of potential non-genetic risks that can arise during pregnancy, such as maternal stress, obesity and infection, along with exposure to pesticides and some medications. It is much easier, at this point, to modify environmental risks rather than tweaking genes, says Rebecca J. Schmidt, a molecular epidemiologist at the University of California, Davis who has worked on multiple studies analyzing the relationship between folic acid supplementation during pregnancy and ASD development.

Various observational studies have asked up to thousands of mothers to self-report their overall folate intake. These surveys help them account for varying sources such as multivitamins, fortified foods and folic-acid specific supplements. Researchers who have analyzed children’s outcomes (in some research several years after their births) have suggested the supplement has a protective effect against autism.

Prenatal folic acid might also help mitigate the severity of autism symptoms and intellectual disability. “We found that the association mainly pertained to autism with severe language delay, whereas for autism without language delay it was just a very weak association,” says Pål Surén, a pediatrician and epidemiologist at the Norwegian Institute of Public Health who co-authored a widely cited 2013 study that supported the protective hypothesis.

Folic acid might even combat environmental risk factors that could be associated with autism, Schmidt has found, such as exposure to the air pollutant nitrogen dioxide and certain pesticides during pregnancy. A small human trial, published in PNAS in 2017, aligned with these findings and demonstrated that folic acid and other B vitamins can reduce epigenetic effects brought on by air pollution.

The overall evidence for all these claims remains inconclusive. While some meta-analyses have found a convincing pattern, a comprehensive 2021 Nutrients review failed to find a “robust” statistical association — a more definitive outcome in the field of epidemiology.

Some research suggests that excessive prenatal folic acid consumption could actually increase the likelihood of ASD in children. One team of scientists has proposed a U-shaped pattern in which low (two or fewer times a week) and high (over five times a week) folic acid supplementation frequency may increase risk, while moderate levels (three to fives times weekly) might lower it.

There is also far more evidence to support supplementation around conception and the first trimester versus later on. In fact, a 2018 study published in Paediatric and Perinatal Epidemiology reported that if a mother has extremely high levels of plasma folate right after giving birth, her child is 2.5 times more likely to develop an autism spectrum disorder compared to those with more moderate levels. Such high levels can occur if mothers over compensate late in pregnancy for earlier deficiencies, Schmidt says.

Women with anemia or those who have previously had children with birth defects may be prescribed particularly high doses of folic acid: The latter group is advised to take 10 times the standard amount.

“The thought is, if you don’t need it, you just pee out excess folic acid,” Schmidt says, but newer research has contradicted previous wisdom. It's now clearer that folic acid can stick around in the blood when the liver can't convert large amounts of the vitamin into a more useful substance, an outcome that has been detected in a large portion of U.S. subjects. It still isn't certain whether these signatures can be harmful.

Even if prenatal folic acid intake does indeed reduce the probability of ASDs in some children, it’s hard to know how exactly the vitamin accomplishes that. Among other mechanisms involved in a child’s growth, folate aids the epigenetic process of methylation and may help prepare the fetus for its future environment. Folate also works as an antioxidant, so it could combat some of the numerous sources of oxidative stress that may contribute to autism risk.

Genetics could explain who might particularly benefit from taking folic acid, and what doses are most helpful. For example, it may be advantageous for people with a common mutation on the MTHFR gene that demands higher amounts of folate to achieve typical neurodevelopment. Plenty of other genes that have yet to be investigated could also influence how the body utilizes the vitamin in relation to child development, Schmidt says. Researchers also hope to learn more about how certain nutrients work in tandem to produce possible benefits.

“We don’t really know how it’s working … and that’s what’s always been troubling me,” Schmidt says. “If we could figure out how it’s working, then we could make it more targeted and only give it to people who need it or find better ways of delivering whatever that protection is.”

Answers could come from animal models, but mice and the other rodents usually used for such experiments don’t metabolize folate the same way that humans do. Regardless, with most essential nutrients for our bodies, you can probably expect a healthy middle range for each individual, Schmidt explains, and particularly low or high levels generally don’t seem beneficial in managing autism risk.

To truly understand folic acid’s possible role in mitigating the risk of autism development, both Surén and Schmidt say a randomized trial could account for the slew of confounding factors involved, including maternal education levels (which are associated with autism odds) and a generally health-conscious lifestyle. But such research could be highly expensive given its complexity, not to mention the moral dilemma involved.

“What would it take to settle that once and for all?” Surén says. “It’s kind of hard because you can’t do a randomized trial anymore. It would be unethical to not allow women to take [folic acid] during pregnancy because we know it’s protective against neural tube defects."

Still, Schmidt adds, this relationship ranks among the strongest protective associations observed in autism research and has been replicated in various populations. A possible trial could begin before pregnancy, assign subjects different doses and types of folate but avoid placebos, and follow their long term effects in children. It would be a particularly hefty undertaking that could provide some much-needed clarity.