A New Rx for Cancer: Ignore It (Sometimes)

Dr. H. Gilbert Welch says cancer treatments are often worse than the tumors—especially because some of them go away naturally. 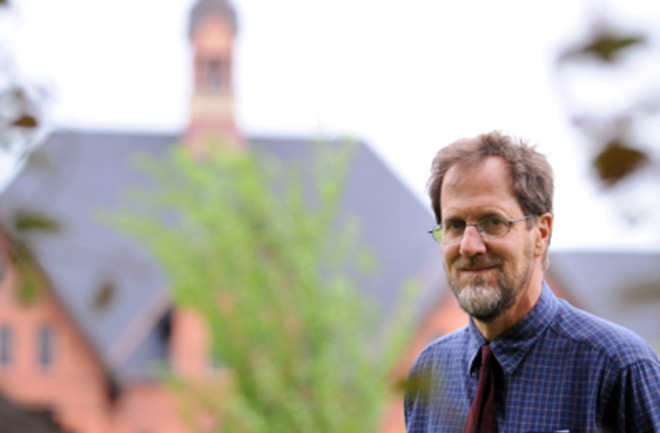 You might expect that the next advances in cancer prevention will mean better and more frequent tests that will pick up tumors at the earliest possible stage, followed by a blitzkrieg treatment that will completely wipe out the disease. Not so, predicts physician H. Gilbert Welch, professor at the Dartmouth Institute for Health Policy and Clinical Practice. He believes that as our understanding of cancer biology improves, we will use cancer tests more judiciously —and treat less. Already, he says, we have overdiagnosed and overtreated millions of patients who would have done just fine without medical intervention. Welch wants doctors to do the unthinkable: Consider ignoring some early signs of cancer. It sounds like an outrageous proposal, but some of Welch’s skepticism about the value of aggressive screening and early treatment is taking hold. In March the National Breast Cancer Coalition spoke out against a bill that promotes early-detection screening in women under 40. Welch recently discussed some of the findings that support his surprising views.

What have we misunderstood about cancer?The problem is that whenever we look for early forms of disease, we realize a much larger swath of the population has early forms than will ever experience symptoms or develop problems from it. Think of all cancer as an iceberg. In the past, what we saw was only above the waterline. That’s the cancer that was obvious, the clinical cancers. Now we’re looking below the waterline, and we realize there’s a lot more there. In the late 1980s the prostate-specific antigen (PSA) test led to a dramatic epidemic of prostate cancer. This was the first large-scale clinical demonstration that the amount of cancer was a function of how hard doctors looked for it. If we look harder, we’ll always find more. And prostate cancer was a particularly dramatic example that has led literally millions of American men to be treated for a disease that they were not going to die from or even have symptoms from.

What is the evidence that today’s doctors are overtreating cancer?Probably the best work has been done by pathologists looking at the prostates of men who died for some reason other than prostate cancer and were never known to have prostate cancer. The researchers found that for men over 50, roughly half will have some pathological evidence of prostate cancer. In context, the risk of death from prostate cancer is about 3 percent, so the potential overdiagnosis ratio is on the order of 10 or 20 to 1. Another prostate screening study found that it looked like about 50 men had to be diagnosed and treated unnecessarily for one to benefit. There is a similar example from lung cancer screening. In one lung cancer study, the most telling observation was that for those getting screened regularly, the rate of cancer detection was almost the same in smokers as it was in nonsmokers—even though we know that smokers face about a 20-fold increased risk of dying from lung cancer.

How will these new findings change our definition of cancer? The dictionary definition of cancer that most people think of is a cellular tumor, the natural course of which is fatal. Now all of a sudden it has become probable that we all harbor, in our lifetime, some cells that would meet the pathological definition of cancer. Sometimes they rapidly grow and cause symptoms and then death. Others are slower growing—those are the cancers screening is really directed at. But then there are very slow-growing cancers, which never cause symptoms before the patient dies of other causes. There are even nonprogressive cancers that are fairly stable or even come and then go.

Do some cancers actually regress? You explored this in a recent study of breast cancer. We compared two groups of women in Norway and followed their experience through time. One group had no breast cancer screening until the very end, and the other group had three consecutive screening rounds. You would expect to catch all cancers, if they were growing, during that final screen so that the two groups would ultimately have the same amount of tumors. But we found more breast cancer in the group that was screened three times than in the group that was not screened for two rounds and then got a final screen. So this suggests that tumors apparent at early screening exams suddenly weren’t apparent at a later screening exam. And that leads to the inference that some of these tumors must go away. It’s hard to imagine any other factors that would explain that.

How will we know who needs medication and who should be left alone?That’s the million-dollar question. That’s very specific to the disease but also involves values; we’re forced to weigh a slight reduction in the chance of death against much more frequent, but arguably not as important, adverse physical, mental, and economic consequences from treatment. If we provide people with information, more and more of them will see these are really close calls and some individuals will say, “Boy, I’m not going to be part of that.” And we may need research into less aggressive diagnostic strategies—it’s entirely possible that the benefits of mammography could be increased with higher thresholds to say that a scan is abnormal.