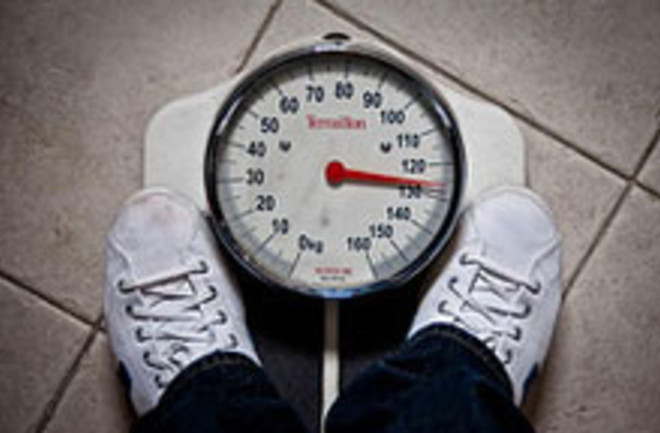 From the skin cells of humans and mice, scientists have successfully made brown fat, the kind that burns white fat by producing heat and is possessed in the greatest quantities by babies. The study, published in Nature, could potentially lead to a way to help overweight and obese people slim down. Brown fat was once thought to be found only in children, but earlier this year researchers confirmed that adults also have a small amount of brown adipose tissue. In 2007, researchers discovered that a protein called PRDM16 made immature muscle cells turn into brown fat. In the new Nature study, the same team of scientists found that PRDM16,

in combination with a second protein produced in muscle cells, is the master switch for brown fat cells and will also convert skin cells into brown fat, even though this is not the process nature intended. [Scientists] used this master switch to convert mouse skin cells to brown fat cells, which seem to work as expected when transplanted into normal mice [The New York Times]. The next step is to implant brown fat into obese mice to see if they lose weight; that will provide evidence that the discovery might be used outside of the lab.

Unlike white fat, which can store energy, brown fat contains energy-producing mitochondria that use glucose to produce heat (the iron-rich mitochondria also give the tissue its brown hue). Brown fat keeps an organism from shivering by producing its own heat--and burning an astonishing number of calories in the process. Not surprisingly, studies have found that leaner adults tend to have more of this fat than heavier ones, and the ability to "make" brown fat could hold promise for weight-loss therapies. One approach would be to take a batch of skin

cells from an actual patient

Still, any potential obesity remedy that would stem from the discovery is years away. [H]umans evolved to conserve energy, not waste it, and so far our clever bodies have managed to foil nearly all of scientists’ attempts to treat obesity

, "treat" it with the [two-protein] combination, then inject it back into the patient with the hope that it would promote the creation of brown fat. Another possibility would be to create a drug that would make brown fat. "That's a more conventional route" [HealthDay News], said lead author Bruce Spiegelman.

. Therefore, the metabolism of people who make extra brown fat could slow down, or they might eat more to make up for the extra calories the brown fat burns. Says endocrinologist Francisco Celi:

“It’s a very sound and solid study.... In the long run, this could be a strategy. But from this data to the clinic, there is a long, long time” [Wired.com].