The new test, based on a hormone, is more accurate than previous methods of predicting when periods will stop. 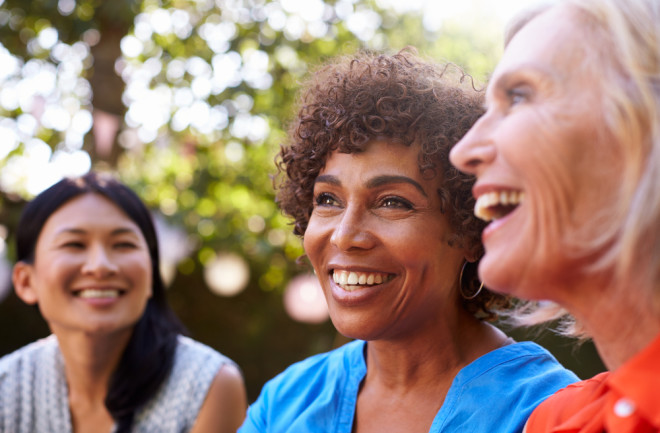 Periods are painful, messy and downright annoying. But hopefully, a new test might be a better way to estimate when you’re done menstruating for the rest of your life.

Blood tests for an ovarian hormone could help predict when an individual will enter menopause, and it's particularly effective for people in their late 40s and beyond. The new test is laid out in a new paper in the Journal of Clinical Endocrinology & Metabolism.

“My job for 25 years has been to find the menopause test,” says Nanette Santoro, an OB-GYN with the University of Colorado School of Medice and co-author on the paper. During that time, she's often found herself battling antipathy. “One criticism we get all the time is, ‘Who cares about this?’” she says.

But many people do care. Knowing how many more years someone might menstruate can help decide what birth control women choose and can even factor into important medical decisions. A better timeline, Santoro says, will let people know “if the finish line is within distance.”

Previously, there were only a handful of ways to anticipate menopause, the timing of which varies from woman to woman. One method was to wait for 12 consecutive period-free months, and a few others involved hormone testing that predicted menstruation end dates within a four-year window.

But someone nearing menopause might be deciding whether it’s worth getting implanted birth control. Or they might be considering surgery to remove fibroids, and would want to know how much longer until their period is over and they might no longer be in pain. In those and other cases, patients often want a prediction that's narrower than the typical four-year window and more forward-looking than simply waiting to see whether menstruation stops, Santoro says.

Researchers have long suspected that anti-Müllerian hormone, or AMH, could be a harbinger of menopause. Since the molecule is produced by the ovaries — which also make the eggs released in every menstrual cycle — researchers think the hormone could drop off as egg count decreases. It also shows up in the bloodstream. Earlier versions of the AMH test couldn’t pick up on very low hormone levels, however.

When a more sensitive test debuted, Santoro and her co-authors applied it to blood samples from over 1,500 women. They first took the samples in the 1990s, but tests at that time weren't sensitive enough for what Santoro wanted to do. "These blood samples are precious," she says. "We had the data — but we were shopping and waiting." The research team followed up with participants to see when their menopause began, and calculated how well the AMH levels in the blood predicted a woman's final periods. (Santoro is now a consultant for the company producing the test, a role she took on after this paper was accepted for publication.)

Generally, the older the woman and the lower their AMH levels, the more accurate the test. The team was able to take various combinations of age ranges and AMH levels and assign probabilities of when a period might end. For example, a woman over 51 with the lowest hormone levels has an 82 percent chance of menopause beginning that year. A woman under 48 with much higher levels of the hormone, however, has a 91 percent chance of still having her monthly flow within the next year.

Of course, the test, which is now available, still just gives the likelihood of menopause's onset — not exact start dates. It also isn’t very helpful for individuals under 45, or those on hormonal birth control, which can suppress AMH levels.

There’s a possibility that getting several AMH hormone tests over time might help make more accurate predictions. That could indicate how fast someone’s levels are dropping, but it’s a possibility researchers are still investigating, Santoro says.

For her, the dream scenario would be a website where someone can log in, enter basic information like their age and how long their periods last, and get an estimate that answers a very important question: “When is this nonsense going to stop?”