A Nation of Neurotics? Blame the Puppet Masters? 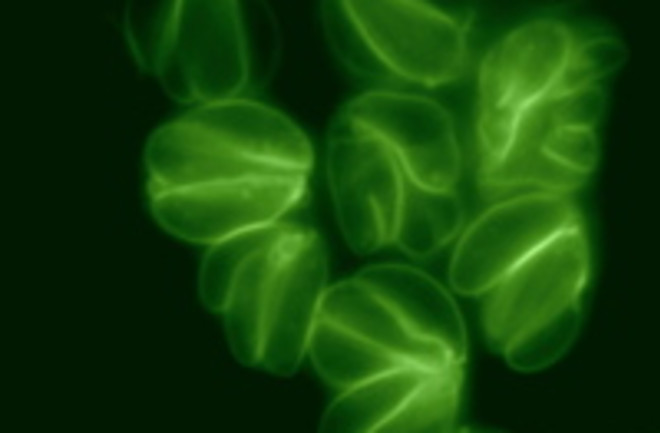 Once again, I hear the siren song of Toxoplasma, the parasite that dwells in the brains of 50 million Americans. Toxoplasma gondii is an extraordinary creature, whose exploits I've chronicled in previous posts , an article in the New York Times and my book Parasite Rex. This single-celled organism has a life cycle that takes it from cats to other mammals and birds and back to cats again. Studies have shown that the parasite can alter the behavior of rats, robbing them of their normal fear of cats--and presumably making it easier for the parasites to get into their next host. Toxoplasma is astonishingly successful, able to live in thousands of species, including us. Billions of people are infected with Toxoplasma, which they pick up from the soil or from contaminated meat or water. In most people it remains dormant, but even in this quiet state it may also have affect human behavior. Some scientists have linked Toxoplasma to schizophrenia, while others have found personality differences between people with Toxoplasma and those who are Toxo-free. It's possible that it uses its prey-altering strategy on our brains, too. All well and good. But now Toxplasma is going big time. Today the Proceedings of the Royal Society of London is publishing a paper called, "Can the common brain parasite, Toxoplasma gondii, influence human culture?" The paper's answer? Quite possibly yes. Here's why... The author of the study is Kevin Lafferty, a biologist at the University of California at Santa Barbara. Lafferty made three straightforward observations. 1. Toxoplasma infection rates vary from country to country. South Korea has prevalance rate of only 4.3%, for example, while Brazil's rate is 66.9%. These rates are determined by many factors, from the eating habits in a country (steak tartar, anyone?) to its climate (Toxoplasma oocysts survive longer in warm tropical soil). 2. Psychologists have measured some of the personality traits influenced by Toxoplasma in these countries. People with Toxoplasma tend to be more self-doubting and insecure, among other things. Among the differences in men, Toxoplasma is associated with less interest in seeking novelty. Toxoplasma-infected women are more open-hearted. 3. A nation's culture can be described, at least in part, as the aggregation of its members' personalities. Here's a paper with more background (abstract, pdf) So Lafferty wondered, is there a relationship between a country's prevalence of Toxoplasma and its culture? The answer, he argues, is yes. He selected a few key features of human personality that Toxoplasma appears to influence, and which have been measured on a national scale--such as neuroticism, uncertainty avoidance, and "masculine" sex roles. Lafferty predicted that in countries with higher Toxoplasma rates, these features would all be stronger. He gathered data from studies on 39 countries in from all five continents. He corrected for various factors, for example including per capita gross domestic product as a variable. He found a signficiant correlation between high levels of the parasite and high levels of neuroticism. There was a positive but weak correlation between Toxoplasma and levels of uncertainty avoidances and masculine sex roles. However, if he excluded the non-Western countries of China, South Korea, Japan, Turkey, and Indonesia, the correlations of both personality measurements with Toxoplasma got much stronger. So--has Lafferty discovered why the French are neurotic (Toxo: 45%) and Australians are not (28%)? As he admits, this is just a first pass. A number of countries--particularly from Africa--are missing from the analysis. I'd also wonder how Lafferty could take into account the fact that Toxoplasma rates have probably been changing over the decades. Scientists I've spoken to suspect it is falling in the United States, thanks to better handling of meat. But since Toxoplasma can infect people for decades, a simple measurement of prevalence may miss a steady decline. Are Americans becoming less neurotic? Lafferty also notes that many other factors shape a nation's culture--which actually raises another interesting question: what about other parasites? Do viruses, intestinal worms, and other pathogens that can linger in the body for decades have their own influence on human personality? How much is the national spirit the spirit of a nation's parasites? Enquiring (and possibly parasite-harboring) minds want to know. Source: doi:10.1098/rspb.2006.3641