A middle-aged man puts his life on the line to diagnose a mysterious bleeding condition. 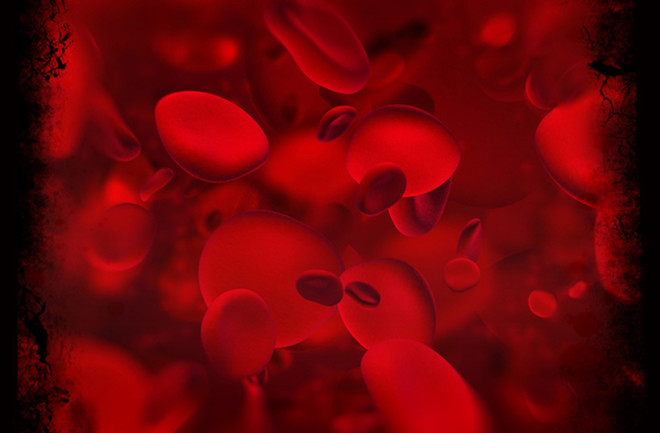 By the time he landed in our emergency department, Albert was having, by his own account, his 11th episode of gastrointestinal bleeding.

He’d developed crampy abdominal pain and passed a large volume of bright-red blood. He felt weak and lightheaded, and on more than one occasion he fainted. Albert, who was in his late 50s, had been to several hospitals and clinics in the area. A slew of internists, gastroenterologists and surgeons couldn’t diagnose the problem.

CT scans and endoscopies, in which a camera is inserted inside a patient, weren’t revealing. Albert had even undergone a capsule endoscopy, swallowing a camera the size of a pill that essentially makes a movie of its transit through the intestines. These images showed only some old blood in Albert’s small intestine. They did not reveal a clear source to treat.

When I first met Albert in the emergency department, he had already received several units of packed red blood cells and copious intravenous fluids. Although he was feeling much better physically, he was deeply discouraged. He had spent a lot of time and money on his bleeding episodes, which were taxing physically and emotionally.

One of the most frequent consultation requests we receive in gastroenterology is to evaluate and treat patients with bleeding in the gastrointestinal, or GI, tract. Patients with GI bleeding usually have so-called upper bleeding — from the esophagus, stomach or the beginning of the small intestine — or lower bleeding, which arises from the colon. In between these two locations lie 20 or so feet of the small intestine where bleeding develops much less frequently.

I dutifully repeated Albert’s upper and lower endoscopic exams and the pill-camera examination and found nothing specific to treat. We then elected to perform a deep endoscopic exam of the top of the small intestine; this also revealed nothing. We were at square one.

Our strong suspicion was that Albert had bleeding somewhere in his small intestine.

After two days in the hospital without bleeding, Albert was preparing to leave, girding himself for the next episode. It was during a conversation with him about his waning patience (and finances) that I proposed a somewhat unconventional approach to his problem: administering blood thinners while he was in the hospital to see if we could trigger a bleed and catch it in the act.

Blood thinners have been used for decades to treat conditions that predispose patients to clotting — the opposite of Albert’s problem. Given orally, by injection or intravenously, the drugs inhibit the ability to form blood clots. My idea was to give Albert an intravenous blood thinner while a team of doctors stood ready to treat him if the bleeding started.

This approach wasn’t new, but it was rare in the medical literature. The upside was that this might allow us to find the cause of Albert’s troubles. The downside was that his previous episodes were massive and life-threatening, and patients on thinners can bleed extensively.

I pointed out to Albert that, unlike his earlier experiences outside the hospital, this one would be closely monitored with an IV in place and blood ready to be administered.

“What happens if I don’t bleed even on these blood thinners?” he asked.

We could adjust the level of the blood thinner to make the blood as thin as needed, I told him. “But obviously the risk of a severe bleed increases as we make your blood thinner and thinner.”

We agreed that he would receive heparin, a common blood thinner for people with blood clots or who have had heart attacks. The drug prevents the blood from clotting normally and can be dosed so the extent of blood thinning can be closely controlled. This would allow us to thin Albert’s blood as much or as little as needed.

The following morning, we started him on IV heparin. We had already alerted the blood bank as well as our colleagues in surgery and interventional radiology. Everybody was standing by to intervene if needed.

We initially adjusted his heparin dose so his blood would take twice as long as normal to clot in the event of bleeding. Albert was clearly anxious about the procedure, and I was, too. I wanted him to bleed at a particular place and nowhere else.

Whenever my pager went off that day, I was sure it was Albert’s nurse saying he was bleeding. I stopped by his room at the end of the day and found him watching television, looking dismayed.

“Nothing happened,” he said.

“Clearly,” I deadpanned. “If you don’t bleed tonight, we can increase the dose in the morning. Everyone is still on standby, so let’s just wait and see.”

The next morning, we bumped up the heparin dose, making Albert’s blood even thinner. By day’s end, still no bleeding. But as I was preparing to head home, my pager went off. It was the nurses’ station on Albert’s floor. I called back immediately.

I asked the nurse to start IV fluids and packed red blood cells, and I sprinted to Albert’s room. He gave me a big grin and a thumbs-up. He was the happiest bleeder I ever met.

After confirming he was stable and that the fluids and red blood cells were keeping his blood pressure in the normal range, I sent Albert to radiology for an angiogram. This would give us a real-time, high-resolution map of the blood vessels by following dye injected into an artery while he was given an X-ray. Normal blood vessels appear as well-demarcated tubes, while bleeding sites look like fluffy clouds as the blood spills out of vessels and pools where it doesn’t belong. We kept the heparin running during the angiogram.

Within a few minutes of injecting the dye, we saw the bleeding — a small artery feeding a portion of the small intestine, known as the ileum, just beyond where our endoscopic examinations could probe.

The bleed’s pattern and the look of the blood vessels around it suggested a tumor, the radiologist said. I picked up the nearest phone and called the surgeon involved in Albert’s case. Everyone agreed: He needed surgery.

A few hours later, we got the news. The surgeon found and removed a small growth in the ileum known as a carcinoid tumor. These often grow in the small intestine and can widely metastasize if left untreated. Albert had no other evidence that the tumor had spread and made a full recovery without any more episodes of bleeding or signs of cancer.

The practice of using blood thinners to induce bleeding is still performed only rarely in medicine. In Albert’s case, it was the right idea at the right time. He literally had to risk his life to save it.