Doctors were prepared to give the patient's family bad news, but an unlikely chain of events may have saved his life. 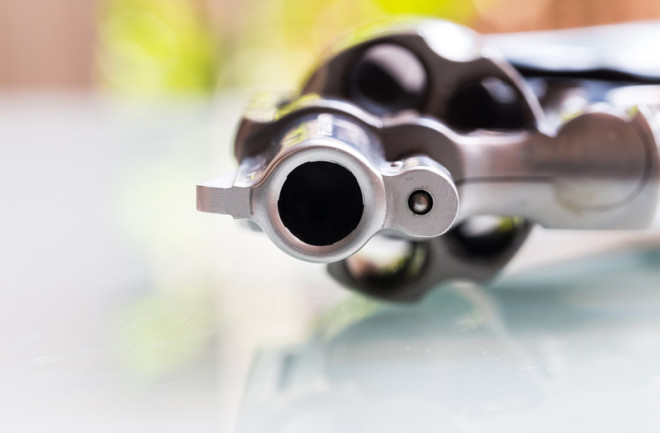 I stood peering into the patient’s abdomen, feeling like an animal chased to the edge of a cliff. I knew that at some point the only option was to dive into the chasm.

The anesthesiologist’s voice sounded from the head of the bed. “Pressure’s still not good — I’m pushing fluids.” His eyes widened as he looked over the blue paper drape at the bloody mass. “Oh my God,” he murmured. “What’s your plan?”

I was a senior surgical trainee on rotation at a small downtown hospital not far from the university medical center where I normally worked — and where a trauma center surgical team was on duty every night. Here, I was the only surgeon on site after hours. Ambulance drivers routed seriously injured patients here only when police performed a “scoop and drop,” bringing a patient to the nearest hospital.

The ER doctor’s phone call awoke me in the call room at 3 a.m., and the message was terse: “Gunshot wound. Unstable. Hurry.”

In the ER I found a nurse struggling to place an IV in a young man lying shirtless and unconscious on a stretcher. He had two gunshot wounds to his upper right abdomen.

Monitors indicated his blood pressure was 70/40 — half normal — and his heart rate was 120 beats per minute — twice normal. That combination indicated one thing: life-threatening internal bleeding.

“We have to get him to the operating room, now,” I shouted. I asked the nurse to get the on-call surgeon, Dr. Jones.

I pushed the patient’s stretcher out of the ER and into the operating room, where a nurse was waiting to prep him. A few minutes later, I was scrubbed in. “Does anyone know if Dr. Jones is en route?” I asked.

“No word,” the anesthesiologist answered.

“I may have to start without him,” I said. To delay for even a few minutes could mean the patient would bleed to death. I noticed that a bullet was lodged under his skin near one of the two wounds. That left one bullet in the abdomen. My heart was racing as I called for a knife. I sliced through the patient’s skin and subcutaneous fat from his breastbone to his navel. Then I used an electric knife to open the layer of fibrous tissue beneath, where the muscles coalesce in the center of the abdominal wall.

There was no gush of blood from the abdomen, and my own heart rate slowed a little. Whatever the problem was, I would have a little more time to figure it out. I shoved sponges into all four corners of the abdomen to forestall any new bleeding my exploration might cause, and then slowly removed each one. When I pulled the sponge from beneath the liver, which I saved for last, my heart rate quickened again.

A large hematoma — blood that has started to clot and collects in one spot — was lodged in an area where two of the largest blood vessels in the body enter the underside of the liver. This area, called the porta hepatis, is one of the most treacherous parts of the body to operate on in an emergency because of the possibility of fatal bleeding or permanent liver damage if those vessels are injured.

The hematoma was half the size of a grapefruit and was contained only by a thin, fragile layer of tissue called the peritoneum. This tissue “coats” the back wall of the abdomen and forms a protective sac around the abdominal organs. It could easily rupture, releasing a potentially uncontrollable torrent of bleeding. I quickly replaced the sponge. The only other injury I could find was an entry wound to the front surface of the liver.

I assumed the bullet had sliced through the soft liver tissue, like a hot knife through butter, before injuring one of the large blood vessels entering the liver. I pulled the sponge down and looked again at the hematoma. To my horror, it had grown substantially in just a few minutes.

“Can you drain it?” the scrub tech asked me.

“If I open the hematoma now, and one of those big vessels is injured, he will bleed to death,” I replied without looking up. I stared into the chasm. “We may not be able to fix this, and I can’t do it alone. … Any word from Dr. Jones?”

The anesthesiologist shook his head as he prepared a blood transfusion. Several more minutes passed while we stood there, motionless and quiet. A rivulet of sweat ran down the back of my neck and between my shoulder blades.

Ten minutes later, Jones finally arrived. His forehead wrinkled when I showed him the hematoma, which had doubled in size since I started.

“Bad … bad,” he said. Then: “Is there any family?” I knew he wanted to know if there was someone a nurse should prepare for bad news.

“No,” I replied. “He was a scoop and drop, and there was no identification.”

“We have no choice,” he said. “We have to see if we can find the injury and fix it.” I reached to lift the front edge of the liver, but he grabbed my hand. “Don’t do that, son. You could stretch an injured vessel, and we could lose control before we start.”

Then he barked to the anesthesiologist, “Get ready for some blood loss,” and using a pair of long scissors, Jones opened the peritoneum containing the hematoma.

But there was no rush of blood, just some ooze. It didn’t make sense. How could the hematoma have grown so quickly without a major injury? “Retract the edge of the liver,” Jones suggested. I reached down to do so and felt something familiar to any general surgeon.

“He has a big stone in his gallbladder,” I remarked, managing to crack a small smile. This was a problem that could be easily dealt with by simply removing the gallbladder, which is tucked under the front edge of the liver.

I squeezed the stone against the thin wall of the organ so I could see its outline. It wasn’t a gallstone. Somehow the second bullet had come to rest in the gallbladder and was rattling around harmlessly inside.

Now it made sense. The bullet had exited the liver and entered the gallbladder, just underneath it. The hematoma that seemed so dangerous likely resulted from an injured small blood vessel inside the liver, causing blood to track down into the space below.

We quickly removed the gallbladder and placed two drain tubes in the area of the oozing, which had almost completely stopped.

I later found two women in the surgical waiting area — they were called in once the police traced the patient’s vehicle. The women told me the victim was held up at gunpoint and shot while attempting to get into his car after leaving a nearby party.

I explained the bizarre findings and the amazingly fortunate outcome. Normally I would have politely excused myself then, but something stopped me.

“Do I know you?” I asked one of the women. “Yes,” she replied, laughing. “I work at University Hospital, and Mitch is my nephew.”

“Mitch, who works on the surgical floor?” I asked. Mitch was working part time to put himself through graduate school. We were good friends.

After acknowledging our shared connection, I was ready to move on, but she continued: “Wild that you would operate on him.”

“What?” I asked, perplexed.

“You just operated on Mitch,” she said.

I was incredulous. “You’re kidding!”

“You didn’t see his face?” she asked.

I stammered, “No … no, I didn’t,” and then, shaking my head and smiling as we hugged, muttered to myself, “I guess I was a little distracted.”

[This article originally appeared in print as "Hidden Bullet."]