A Giant Step for Gene Surgery

MIT team cuts out a faulty liver gene and replaces it with a healthy copy. 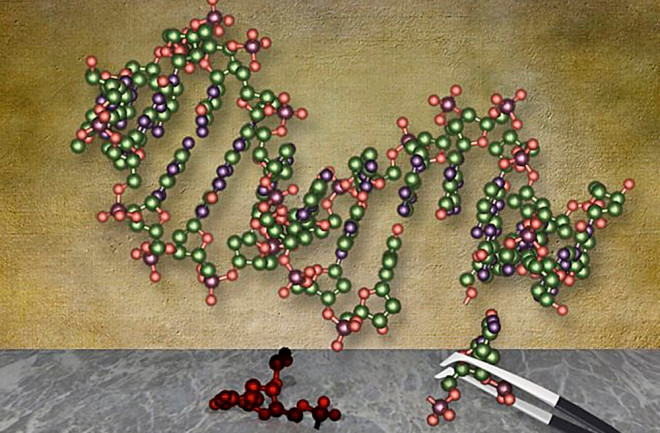 A genetic engineering technique called CRISPR allows researchers to snip out genes and sew in new ones. | Christine Daniloff/MIT

Just two years ago, Jennifer Doudna of the University of California, Berkeley, commandeered a process that bacteria use to fend off viruses, creating a molecular scalpel to snip out defective genes. The finding launched a genetic engineering gold rush, and since then, researchers have raced to use the new method, called CRISPR, to treat — and perhaps even cure — genetic diseases.

In March, Daniel Anderson’s team at MIT moved out in front in that race by using CRISPR to repair a faulty gene in adult animals. The researchers corrected a mutation in liver cells in mice by snipping out the gene and sewing in a healthy copy of it. This cured the mice of the hereditary disease tyrosinemia, which causes the amino acid tyrosine to accumulate and can lead to liver failure.

The method repaired the gene in just one in 250 mouse liver cells, but those cells replicated enough to break down tyrosine and cure the disorder. Anderson and others are already exploring new gene-delivery methods, including nanoparticles, to better deliver gene-editing therapies to target tissues.

“If we want to treat the greatest number of diseases, we need to figure out how to get these molecules inside the cells of patients — not just increasing the number of target cells but also hitting tissues other than the liver,” says Anderson, who co-founded a company called CRISPR Therapeutics to pursue those goals. The method could one day help treat human diseases, including Huntington’s, hemophilia and sickle cell anemia.

“It’s very exciting because it means we now have a technology that enables rewriting of the genome,” Doudna says.