A Genetic Test Could Someday Predict Your Heart Attack Risk

When it comes to heart attack risk, how do you score? Scientists will soon have an idea, based on your genes. 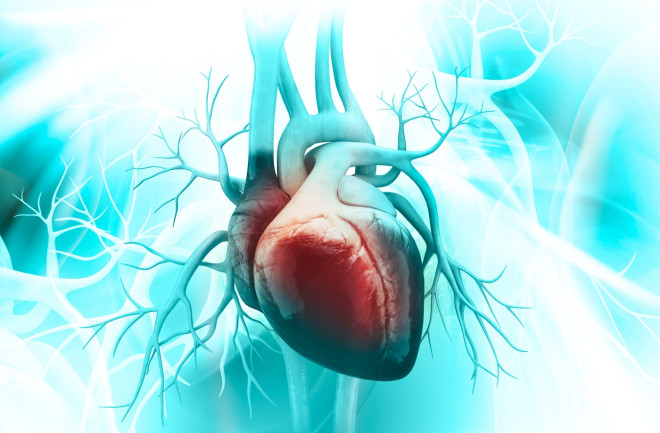 If you want a sneak peek into your risk of heart disease, here are your options: Your doctor can measure cholesterol and blood pressure, ask about history of smoking and diabetes, and consider age and gender. For the 50-plus crowd, this approach works well, but these traditional risk factors don’t account for heart attacks in those who are younger.

That answer could lie in our genes. When it comes to health risks, genes are major tattletales.

Until recently, individual genes have dominated the conversation. Breast cancer is probably the best-known example. The wrong change, or variant, in the BRCA1 or 2 gene could raise the risk of breast cancer to up to 65 percent for women 70 years old. Heart disease has its own version of BRCA: Variants in any one of three specific genes can raise cholesterol dangerously high. These mutations are fairly rare, though, occurring in about 1 in 250 people.

The mutations also don’t explain why some men and women with normal cholesterol levels have heart attacks — particularly those in their 20s, 30s or 40s, who would normally be considered low risk. Their experiences often start with an ambulance ride to the ER and end at the morgue.

“These people are really flying under the radar in our clinical practice,” says Amit Khera, co-medical director of the new Preventive Genomics Clinic at Massachusetts General Hospital and associate director of the Broad Institute’s Cardiovascular Disease Initiative.

A Chorus of Genes

For more than a decade, researchers have been using genome-wide searches to find genetic clues linked to disease risk. They’ve found millions of spots on the genome, which, taken individually, only convey one piece of a very large puzzle. But taken together, these chatterbox SNPs — single nucleotide polymorphisms, which are single-letter changes across the genome that vary from person to person — can be grouped to better predict disease. In genetics parlance, these groups are called polygenic risk scores, or PRSs. Some researchers want to use these risk scores much the same way that single-gene variants can predict cancer or the unusual high-cholesterol disorder called familial hypercholesterolemia.

Over the past 10 years, the number of people who have donated samples to biobanks — collections of blood, tissue or urine, from both healthy volunteers and people with certain conditions — has bumped from tens of thousands to millions. Mining large databases for genetic and clinical information, along with better computer algorithms, has helped test the predictive power of these scores, says Khera.

Genomic studies have looked mostly at people of European descent, which can limit the use of PRSs for people of other ancestries. (Credit: Darryl Leja/National Human Genome Research Institute/NIH)

Polygenic scores aim to pin down disease risk early enough to take preventive action. Khera and Sekar Kathiresan — co-founder and CEO of Verve Therapeutics, and former director of both the Massachusetts General Hospital Center for Genomic Medicine and the Cardiovascular Disease Initiative at the Broad Institute — along with their team, developed a PRS for coronary artery disease. To work out the score, the team looked at 6.6 million spots across the genomes of hundreds of thousands of people and analyzed whether those SNPs were associated with coronary artery disease. The idea was to then use those results as a template to find other individuals who are at risk for the disease, but whose condition doesn’t show up with classic monogenic screening. They tested the score, which is given as a percentile, in a study of men and women under age 55 who were hospitalized with a heart attack. People with early-onset heart attacks were identified as a high risk for coronary artery disease 10 times more often through the PRS than with the single-gene risk assessment.

Currently the PRS model involves steps like cholesterol tests and blood pressure measurements, but Khera says a big part of his team’s work also is about including other factors, like smoking, for a well-rounded approach to risk assessment. “One of the things we’re working on is to integrate both genetic and nongenetic testing factors into a single model, because any given person is not just their DNA. They are a combination of their DNA, their exposures and lifestyle habits,” he says. “I think the time is right to bridge that gap.”

Polygenic risk scores are on a bell curve, with most people landing in the middle — their relative disease risk is average compared with others who are tested. (Credit: Darryl Lejah/National Human Genome Research Institute/NIH)

Color, a consumer genetic testing company, worked with Kathiresan’s team to offer the risk score for heart disease to current customers as part of a research study the company is conducting. Another direct-to-consumer company, MyHeritage, developed its own PRS for heart disease, and 23andMe offers a PRS for Type 2 diabetes. More scores are on the horizon: Khera and his team showed that such tests can also be done for atrial fibrillation, inflammatory bowel disease, breast cancer and obesity.

Not so fast, some detractors say. In 2019, the PHG Foundation, part of the University of Cambridge, analyzed current studies for the cardiovascular scores and interviewed experts in the field. Their report concluded that though PRSs hold promise, they likely won’t be ready for clinical practice for another three years.

“The problem with these scores is that they are associated with risk, but not enough to be useful in a clinical context,” says David Curtis, an honorary professor at the Centre for Psychiatry at Queen Mary University of London and at University College London’s Genetics Institute. “Almost everybody is just somewhere in the middle.” Curtis also published a study concluding that some research overstated predictive ability.

What’s even less clear is how doctors should act on results. A positive result on one of the high-risk variants — such as those linked to BRCA — sparks well-established preventive measures, including genetic counseling for the consumer, as well as for their close family members, who have a fifty-fifty chance of inheriting the change. The message is less clear-cut for those who appear low risk but score high on the polygenic scores. For the coronary artery disease PRS, doctors can offer preventive measures, says Khera, such as changes in lifestyle and perhaps cholesterol-lowering drugs.

Researchers also have to nail down what defines high risk. For heart attacks, the most powerful risk factor is age, and there’s nothing we can do about that, says Dan Roden, senior vice president for personalized medicine at Vanderbilt University Medical Center. “The biggest criticism is that we don’t know how much information [the scores] add and in what clinical situations they are likely to be especially useful or especially unhelpful,” adds Roden.

Researchers still need to determine whether risk scores for coronary disease add predictive value to the usual culprits, such as smoking, high blood pressure and diabetes; whether the scores can be used to select which patients should or shouldn’t get new expensive medicines; and who should undergo increased surveillance for cancer or heart disease and at what ages. “That is all a very rapidly unfolding story,” says Roden.

Diseases like cystic fibrosis are caused by a variation in a single gene (top). For a condition like coronary artery disease, multiple variations of multiple genes are at play (bottom). Here, each V is a gene variant. Red Vs are associated with the disease. (Credit: Darryl Lejah/National Human Genome Research Institute/NIH)

In the near future, it will be possible to turn one blood test into a health report card for most complex diseases. It will be an opportunity, says Kathiresan, to tell someone early in life about their future disease risk for many conditions.

Here’s one conundrum: Healthy 25-year-olds are already at a low risk for a heart attack, and someone that young may not want to take preventive action. Delivering this message to those over age 45 may not add enough clinical information to warrant testing. “If you’re lucky, you could find one person or two people who might listen and who might get this information at an early enough age to actually change the way they conduct their lives, and that’s where we are,” says Roden.

For the risk scores to have an impact, doctors will need an effective enough way to communicate results and spark preventive measures, including changes in lifestyle. Health communication scientists, says Amy Sturm, former president of the National Society of Genetic Counselors, should first test and revise messages that will then spur people to change their behavior. “Every doctor probably has a patient who died of a heart attack, and they didn’t have ‘traditional risk factors,’ ” she says. “This could be a useful tool to help avoid that horrible situation.