A Doctor Pulled Out My Appendix Through My Nose 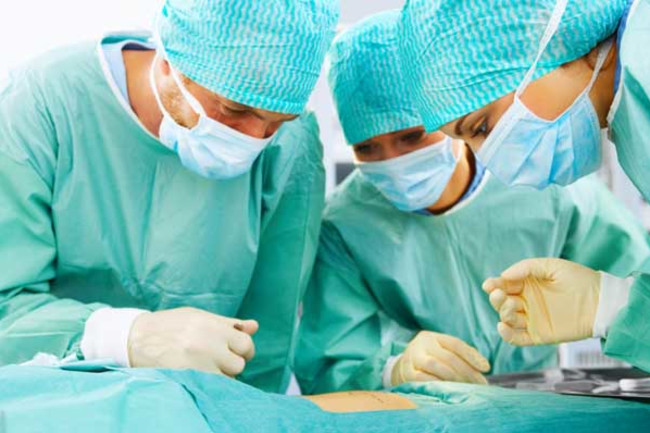 Newsweek health writer Tina Peng reports on the rise of "natural orifice surgery," in which organs like the appendix, gallbladder, or even kidney are removed through the mouth, vagina, or anus. Despite its potential for inciting a gag reflex (both in readers and patients), the still-experimental procedure is potentially quicker, cheaper, less painful, less scarring, and faster healing than the laparoscopic techniques that—until you read this blog post—seemed so advanced. Last month, California native Jeff Scholz joined the ranks of natural orifice patients (and advocates) when he became the first patient in the U.S. to have his appendix removed through his mouth. His surgery wasn't entirely incision-free—his doctors had to make a small cut in his belly button and insert a camera so they could see inside—but on the whole, the experience was reportedly a "cakewalk." Other recent (and successful) experiments with the procedure include a patient who had her gallbladder removed through her vagina, and a gastric revision (the procedure to repair a failed gastric bypass) performed entirely through a tube down the patient's throat. As Peng reports, not all doctors are sold on orifice procedures—one Boston surgeon calls the technique "oversold"—and it remains in the experimental stages—fewer than 50 of the operations have been performed in the U.S. so far. Still, the technique is reportedly popular enough in the medical community that a group of surgeons have formed a group to support it: The Natural Orifice Surgery Consortium for Assessment and Research, or NOSCAR, not to be confused with the stock car racing association of a similar acronym. Though, given the potential speed of recovery—Scholz was doing sit-ups 3 days after his surgery—maybe the name is apt.