A Darwinian Perspective on the Female Orgasm

Why did female humans evolve to have orgasms? 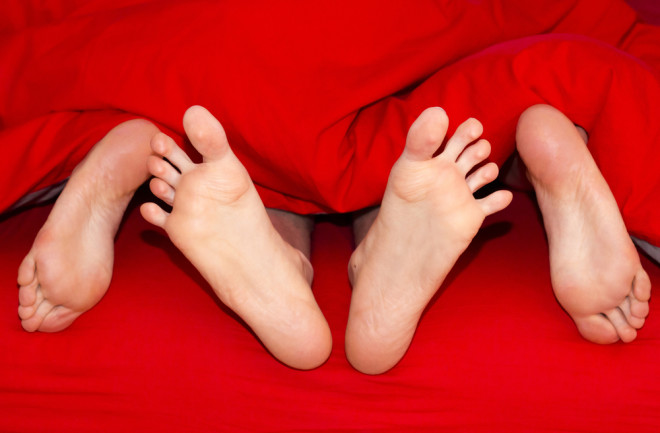 A new study provides an interesting explanation for one of biology’s most enduring mysteries: the female orgasm.

The male side of the equation is easy enough — if sex feels good, they’ll have more of it. For males intent on sowing their wild oats, a pleasurable response to ejaculation makes sense. For females, however, success at reproducing is not tied to having an orgasm, so does it still serve a physiological purpose?

In a paper, published Sunday in the Journal of Experimental Zoology, researchers from Yale University and the Cincinnati Children’s Hospital worked within the evolutionary framework proposed by Charles Darwin to explain the origins of the female orgasm.

They say that the hormones released during orgasm — prolactin and oxytocin, specifically — are identical to hormones released in other species that tell females to begin ovulating. Humans are “spontaneous ovulators”, because females release an egg every month. Some mammal species, especially those lonely few who range far from others of their kind, are so-called “induced ovulators”, meaning they only release eggs right before sex, either in response to hormones emitted by the male, or as a direct result of mating.

Researchers scoured biology journals to travel backward along the mammalian evolutionary tree, and found that induced ovulation pre-dated spontaneous ovulation, which arose in only a few mammal lineages some 75 million of years ago.

Early mammals that relied on sexual stimulation to trigger ovulation developed a clitoris inside the “copulatory canal”. However, in mammals that evolved regular ovulation cycles, like humans, the clitoris migrated outside of the canal, reducing its role in stimulation. This finding was consistent with the idea that an orgasm was no longer necessary for ovulation to occur.

Today, the researchers say, the female orgasm is a pleasurable descendant of archaic reproductive processes.

Glad You Stuck Around

While the roots of the female orgasm seem evident, the reasons for why it still exists today is a little less clear. A 2010 study found that only a bit more than a third of women reported orgasming the last time they had sex. But, even if it’s not essential for continuing the species, that doesn’t mean chasing the big “O” is pointless.

The debate over why both sexes experience la petite mort has gone on for decadesnow. Some dominant theories hold that female orgasms are a byproduct of the male climax, as the clitoris and the penis emerge from the same lump of fetal tissue. Others think that female orgasms actually encourage promiscuity — the more males a female copulates with, the more potential caregivers she has access to when her baby is born. Orgasms could also push us in the opposite direction though, and some researchers think that they reinforce the pair bond by convincing us to stay with partners that give us pleasure.

Vestigial evolutionary trait or not, we don’t think anyone’s complaining.