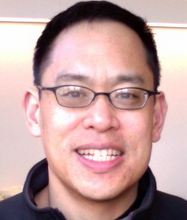 I was a little sad when I heard my friend Steve Hsu had accepted a position at Michigan State some months back. My reasons were two-fold. First, I swing by Eugene now and then, and I wouldn't have the opportunity to drop in on his office. Second, it seemed that Steve was becoming an Administrator. To some extent I feel like that's going over to the dark side. But ultimately it's his decision, and Steve has a lot of things going on at any given moment, and I'm hopeful he'll continue to be involved in the production of scholarship in some form (he's more of a scholar than most as it is). Now apparently his move has resulted in submerged tensions coming to the fore. You can read the article in The Lansing Journal, New director's experience a plus for MSU, but his controversial views concern some. Let's qualify who these "some" are:

Shortly after the start of classes this fall, Daniel HoSang, a professor of political science and ethnic studies at the University of Oregon, sent an email to a handful of faculty. Hsu, he wrote, “has taken a keen personal and professional interest in projects with strong Eugenicist overtones.” Because of Hsu’s position of authority at MSU, he said, he felt compelled to warn them. His concerns were equally about positions Hsu had taken in his blog five years ago: that race is “clearly” a valid biological concept, that whether there are more-than-superficial differences between groups (in areas such as cognitive ability, personality and athletic prowess) is an open question.

Thankfully, Steve has a blog, where he elaborates the back story. What's going on here? Is Steve Hsu a bad, bad, man? In his blog post Steve outlines his position, and to me he seems rather punctilious in regards to constraining the purview of his speculations. Yes, he goes far too far for some, but his transgressions are matters of positive facts about the world, rather than normative issues on what actions to take on those facts (and even then, he is generally equivocal about facts). Steve had a tenured position as a physicist at a research university, and has been a successful entrepreneur. Why is he dabbling in science which to be honest rather on the fringe and pushing the boundaries?

Because Steve is interested in how the world is.

Either that, or he's a very clever psychopath who can convince you that the questions he moots are derived from genuine curiosity, rather than some true self-interested motive. And if he's a psychopath he's a rather stupid one for a theoretical physicist, because there's no margin to be gained in arousing the ire of the ethnic studies kommissars. Our lives are ephemeral, and we see through the mirror darkly. But the world is. It was before we were, and it always will be. The petty politics of the human race are of little concern on such a grand scale. And yet as individual human beings we have to acknowledge that we're social beings, and peer effects are powerful. We seek esteem, and don't want to transgress taboos. You can make the argument that truth and justice win out in the end, but many people can live and die before truth and justice win out. And sometimes the truth isn't something we can handle very well. Jeffrey Goldberg was famously wrong about many details about the geopolitics of Iraq in the early 21st century, but that has had little negative impact on his career (while his critics, who were vindicated, by and large remain as marginal as they always were). In much of the former Soviet Union the leaders in positions of power are the same apparatchiks who were the foot-soldiers in imperial Communism. As easily as donning a new suit they've gone from being Leftist atheist internationationalists to traditionalist Orthodox nationalists. Communism was a failed ideology, and yet it marched on for three generations. In China Mao Zedong is still part of the pantheon of greats, despite the fact that the nation-state he founded has turned its back on his ideology. Human social norms have their own logic and inertia. Reality can wait, and it does. One can make a case that Steve should have lain low and kept plugging away at his specific projects in theoretical physics. Such is the world of many scholars. The easiest way to avoid politics is to not draw attention to oneself. But what's the point of it all then? Why are you a scholar? The reality is that most scholars are pedestrian in the production of scholarship. Only a few will live on in memory. Why not be bold, and ruffle some feathers? Fame may come, though it probably will not. My point in posting this is not to demand that everyone become an idealist, jumping into the fray where angels fear to tread. People have lives to lead, and mortgages to pay. But perhaps it would be easier to pay a mortgage if you went and pursued an M.D.? If you're a failed scholar because politics trips you up, would you really trade that in for external professional success, at the cost of what's really gnawing at you in terms of the way the world works? People have to balance the various priorities in their lives obviously. A constant condition throughout all of this is that man is a political animal. So if you are controversial, be aware, and have back up plans. I'm not telling people here that they should be martyrs for an ideal. That's not fun. But writing boring papers on topics that you're not interested in is not fun either. Most people are boring as it is. Why contribute to that mountain of banality? Aim for some fun before you expire. If your idea of fun offends some people, then you have to figure out how much the esteem, contempt, or rage of "some people" impacts your own mental state. Me, I could care less. Your mileage may vary. And good luck to Steve!