Belief systems of both patient and caregiver may influence the individual's quality of life. 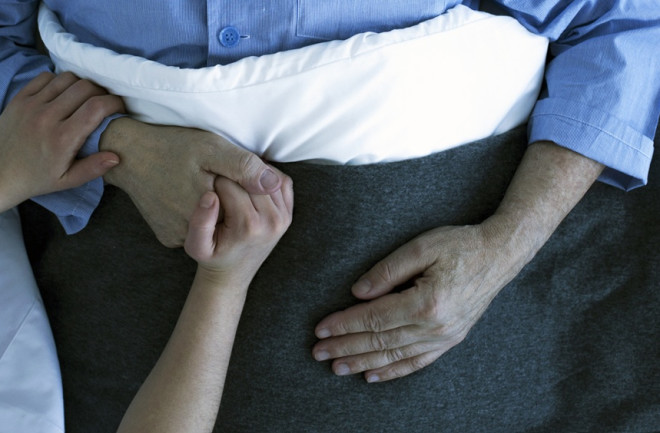 When a cancer patient has run out of options — when her disease has returned and the latest experimental drug has failed and her oncologist hasn’t much to say — that’s when the patient would be fortunate to meet Tracy Balboni. She’s a radiation oncologist and palliative care researcher at Harvard Medical School and Dana-Farber Cancer Institute in Boston. She works at the murky stage of care known as end-of-life, where decisions about additional treatment can be complicated by fear and pain.

Simply put, Balboni’s job is to relieve the pain and provide the highest quality of life possible. Her more conventional tool is radiotherapy. Normally radiation oncologists attack tumors with as much force as the patient can stand, in an effort to eliminate the disease. Palliative radiation oncologists like Balboni, treating advanced cases, use doses of radiation that are extremely quick. They may, for example, try to reduce a spinal tumor lest a person become paralyzed, or shrink malignant obstructions in the abdomen. “You’re using the technology to help patients live better,” Balboni says. “Today we have patients living much longer with their cancers. Instead of two months it might be 10 years. Yes, we need to cure, but in the setting where we can’t cure, we need to use these tools in a way so that patients can live well as long as possible.”

The other powerful tool that Balboni employs is “spirituality” — her own, the patient’s, the family’s and the medical staff’s. Although everyone defines it differently, spirituality shapes the choices made at the bedside at the end of life. Balboni’s interest in religion and spirituality stems from her work on a psychosocial study called “Coping with Cancer,” which began in 2002 when she graduated from medical school. The six-year study surveyed more than 300 cancer patients who were facing death, and also included their “informal caregivers” — the friends or family members closely involved in their care. Study participants answered lots of questions about treatments, about doctors’ and nurses’ communication skills, about religious and spiritual beliefs. The investigators followed up with the caregivers some months after the patients had died.

“I worked specifically on spiritual measures,” Balboni says. “How did the medical team attend to the spiritual or religious needs of cancer patients? What was the impact [of spirituality] on the quality of their lives?”

The research terms are unusually slippery. It doesn’t help, Balboni concedes, that spirituality and allegiance to traditional churches are increasingly separate. All religious people can be considered spiritual, but not all spiritually minded people are religious. Keeping it simple, Balboni defines spirituality as “a search for meaning and purpose, which may or may not include reference to the divine.” To measure it, she uses various questionnaires devised by psychologists and other researchers.

The actual definition of spirituality doesn’t concern Balboni as much as its importance and meaning to the patient. “And particularly,” she explains, “its impact on whether to transition to hospice care or to receive aggressive interventions in the ICU.” The choice here is stark. Some terminally ill people will fight to the last gasp. They say they want to be resuscitated if they fall unconscious; they want a ventilator if they can’t breathe. The alternative is hospice care: The patient declines major interventions, and their dying is eased by pain medication.

Obviously doctors influence the decision by presenting the scientific facts. But do they address the metaphysical facts, too? For example, it’s been well documented, as Balboni and her colleagues noted in a recent article in the Journal of the American Medical Association, that there is a “protective relationship” between religious participation and people’s health. Spiritual and religious support seems good for the body. The article urged doctors to pay more attention to this factor throughout the stages of care.

Given that religion and spirituality are highly personal matters entwined with feelings about death, it’s not surprising that doctors and nurses would avoid talking about these issues with patients. In the “Coping with Cancer” survey, Balboni found that in the minority of cases where spirituality and end-of-life were discussed with the medical team, those patients proved more willing to enter hospice care.

Experiences at the End

The most counterintuitive finding that Balboni and her colleagues extracted from the survey concerned those patients who did not talk about spiritual issues with their doctors and nurses. If they looked to outside religious figures for support — pastors, fellow parishioners and/or relatives of a religious bent — they were more likely to die hooked up to machines in intensive care than to die in hospice. Similarly, Balboni wrote, the cancer patients who relied on private, unspoken religious beliefs to manage their illness were “nearly three times more likely to receive intensive life-prolonging care near death and less likely to enter hospice during the final weeks of life” than those without a pronounced religious sense.

In other words, instead of promoting peaceful acceptance, religiosity appears to encourage a great many patients to cling to life, even at the cost of greater suffering, not to mention the higher financial expense of their hospital treatments. “That was completely the reverse of what we were thinking we might find,” Balboni says. Furthermore, the caregivers of such patients reported that their own bereavement was longer and their adjustment more troubled than it was for the families that had attended the deceased through hospice care.

Balboni has some hunches about these results, centering on the sanctity-of-life concerns of certain religious traditions. With a $2 million research grant from the John Templeton Foundation, she and her colleagues founded the Initiative on Health, Religion, and Spirituality at Harvard in order to dig deeper into these amorphous, interlocking domains and uncover their influences on patients, physicians and physicians in training. The new work, she hopes, will put “spirituality” on solid ground.

“It’s a tough construct with many dimensions,” Balboni says. “But you look across multiple studies for a consistency of story that’s being told. If someone said to me, ‘Oh, you’re just measuring nothing,’ I’d say, ‘No, no, no. There are too many associations that we’re seeing to say it’s spurious and meaningless.’ That argument doesn’t hold if you care for dying patients.”

Balboni’s confidence in her research is buttressed by the spirituality in her own life. She and her family belong to a Congregational church. Michael Balboni, her husband and primary collaborator, has a Ph.D. in theology and also did postdoctoral research at the Harvard School of Public Health. When they are not working, the couple run a program that she calls a “ministry to people in health care.” Aimed at medical students in the Boston area, the Longwood Christian Community provides counseling, weekly dinners and discussion, and even residential space to the young people weighing the demands of the profession. “It’s a great help, even after their training,” Balboni says, “because it connects people with mentors — people like me who are here for the long haul.”

“It’s hard to explain as it isn’t at all typical,” she says of Longwood. Its mission sounds like a 21st-century update of the Hippocratic oath. “Dare I say that we try to practice what we preach? We are spiritually nurturing ourselves and others as we embark on the wonders of exploring the complexities of science and the body, of caring for the sick, and of experiencing the realities of health care training and practice, which can otherwise be all-consuming and even, at times, demoralizing.”