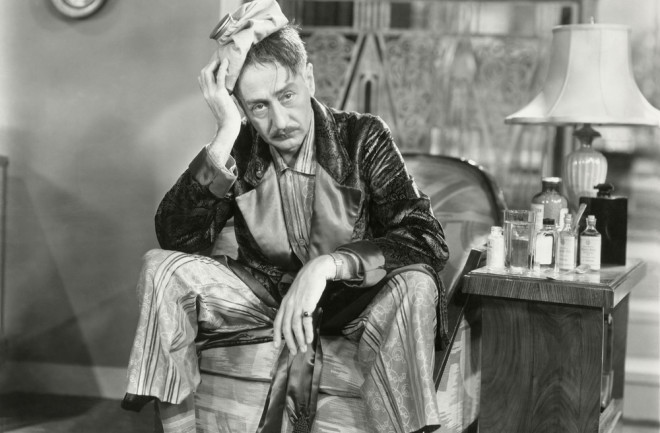 From freezing showers to ingesting prickly pear to smoking joints, everyone has a home remedy for alcohol’s notorious afterglow: the hangover. Mongolian men swear by pickled sheep eyes, ancient Egyptians wore necklaces of Alexandrian laurel, and one 17th century English physician even sold a hangover “cure” made with human skulls and dried vipers.

Hangovers are a problem that even predates writing. But today with the aid of modern medicine we can treat diarrhea or headaches with over-the-counter drugs — so why not hangovers too?

“Each year, many people die because they drink too much,” Yunfeng Lu, a chemical engineering professor at UCLA, said in a phone call. “And currently, we have no antidote.”

But that could change. New research from Lu and his colleagues published in the journal Advanced Materials demonstrates a “hangover pill” that can mitigate some of the damaging effects of alcohol. The antidote mimics the work of hepatocytes, or liver cells, and helps speed up the body’s alcohol metabolism. It’s basically supercharging your liver’s ability to clear alcohol from the bloodstream, resulting in far lower levels of intoxication.

To test their treatment, scientists got mice drunk by inserting tubes into their mouths and pumping ethanol directly to the stomach. Within a few minutes, the rodents became intoxicated and fell asleep. Then, the researchers injected nanocapsules of blood cells loaded with enzymes that help break down alcohol into less harmful byproducts. Afterwards, the mice were sacrificed and their livers were examined with fluorescent imaging to measure toxicity.

The blood alcohol content of the mice dropped by 45 percent within four hours and caused less organ damage than it would have normally. But this treatment probably isn’t coming to your local CVS anytime soon. Human trials are still a few years off, and so far, these nanocapsules are only being developed for emergency room settings, which saw a 61 percent jump in alcohol-related visits between 2006 and 2014.

And it’s not just problem drinkers that could use some relief. One survey of 2,000 people found that if you have only one hangover a month, it adds up to two years of total sick time over the course of a lifetime.

That’s why Lu and others are racing to find alternatives to help make alcohol’s aftermath suck less. But before we get to that, we need to understand what makes a hangover such a grating experience.

Getting Over The Hangover

Though nature may never have intended us to drink as much as we do today, the ability to digest ethanol, a tasteless liquid produced by fermented sugars, might have been crucial to our survival as a species 10 million years ago. Back then, the climate was rapidly changing, and fruit on the ground was more likely to ferment. The capacity to digest liquor would have been advantageous for our primate ancestors, who relied heavily on fruit for sustenance.

We largely owe our drinking abilities to ADH4, or alcohol dehydrogenase 4, an enzyme that lets us harvest the caloric traits of alcohol. But during the oxidation process that breaks alcohol down, ADH4 creates acetaldehyde, a known carcinogen that damages DNA. ALDH2 (aldehyde dehydrogenase), a liver enzyme that also protects the heart against heart attacks, breaks the acetaldehyde down into less toxic acetate, which later becomes carbon dioxide and water.

But the more you drink, the more acetaldehyde builds up, faster than the body can metabolize, creating noxious, even cancerous conditions. Long-term exposure can lead to health problems including high blood pressure, depression, and a leaky gut. In addition, the effects appear to be worse for women.

Yet, after all this time, the exact mechanisms of what causes a hangover still elude scientists. Acetaldehyde is a common culprit, but the most unpleasant hangover symptoms occur when acetaldehyde levels are low. Others blame dehydration, low blood sugar, or inflammatory proteins called cytokines, but the jury is still out.

So while Lu’s hangover antidote may be promising, it may not address all of the multiple pathways that can lead to alcohol toxicity. Other experimental chemicals have been found to have potential hangover-leavening effects, such as ampelopsin, also known as dihydromyricetin, a compound found in the Japanese raisin tree. It dampens the effects of alcohol withdrawal and can even reportedly sober you up faster by interacting with structures in the brain, called GABAA receptors, that alcohol normally interferes with.

Other drugs for mitigating alcohol withdrawal or excessive drinking are thought to act on these same GABAA receptors. They include naltrexone, acamprosate, benzodiazepines like Valium, and clomethiazole, which The Who’s drummer Keith Moon famously overdosed on. Yet, all of these drugs have limited success. Maybe it’s smarter to circumvent ethanol altogether by creating a drug that gives a buzz without the fuss.

Drinking Without the Drinks

The U.S. is currently in the grip of a drug overdose crisis, which killed 64,000people in 2016, 42,000 from opioids alone. But alcohol-related deaths exceed 88,000 per year and have every year since at least 2006 — far outpacing the mortality of the opioid crisis.

Moderate drinking is probably fine. It even has some health benefits, if you ask the alcohol industry. Yet, if we have a drug epidemic, booze plays no small part. That’s why researchers believe using biochemistry to develop a safer alternative to alcohol is crucial. One idea: make a drug with no hepatotoxicity or comedown.

That’s the goal of Alcarelle, a U.K.-based startup that aims to develop a new drug to replace alcohol — one without side effects, including hangovers. Alcarelle was founded by neuropsychopharmacologist David Nutt, who was fired from his post as Britain’s chief drug czar, for saying alcohol is more dangerous than LSD. (He seems to be right, though, as some studies have demonstrated.)

“We are not aiming to replicate the action of alcohol, as this is very unpredictable and extremely harmful,” Emily Palmer, a researcher at Alcarelle, explained in an email. “Instead, we are aiming to create an alternative substance to alcohol, which would produce a tipsy-like feeling, replicating the enjoyment many people experiencing after drinking a few alcoholic beverages.”

But neuroscientist Lindsay Halladay isn’t so sure this can be done. “There is not going to be some magical chemical compound that is rewarding and has zero negative side effects,” she said in a call.

Halladay is an assistant psychology professor at Santa Clara University. The bulk of her research has focused on the underlying neural circuits involved in stress and addictive behavior — for example, what parts of the brain encourage us to keep drinking when we know we shouldn’t.

“There are a lot of compensatory mechanisms that the brain has,” she said. “If you take some drug that increases your dopamine levels, your brain is able to recognize, ‘Hey, this is too much dopamine, let me tweak some things,’ and lowers the endogenous level of dopamine. So there’s always this homeostasis.”

Halladay argued that a “safer” alcohol might encourage riskier drinking. Nutt has said in interviews his product won’t be able to get you drunk, even if you tried. But while the company says they’ve developed over 100 drug candidates, narrowing their choices down to a few contenders, the efficacy of their products has yet to be seen, but the company is confident their creation will deliver.

“I have an understanding of the science involved and an appreciation of the years of work and innovation which has got us to where we are now,” Palmer said. “I am confident that this quality and quantity of research will result an effective product.”

If Alcarelle can achieve its goal, it could save literally thousands of lives a year. But replacing alcohol in the hearts and minds of drinkers won’t be easy. The global liquor industry is expected to top $1.5 trillion globally by 2022, which means there’s a lot of competition, to say nothing of the regulatory hurdles Alcarelle faces from federal agencies.

Nonetheless, Alcarelle are optimistic we could see “alcosynths,” as they call them, on store shelves in about four years or so, if they can raise the estimated $20 million they need. And such products might find a warmer welcome than you might think. David Orren, managing director of Alcarelle, said in an email that their product has actually stirred some interest from alcohol companies eager to diversify.

“Drinks companies are already experiencing flat demand and senior executives are generally intrigued by the possibility of widening their product portfolios with an attractive ‘free from’ product that is appealing to health-conscious consumers,” Orren said.

There may not yet be a drug that can reverse a hangover or subdue it altogether, but there is a medication that can cause one — a really painful, vomit-inducing one. It’s called disulfiram, or Antabuse, and it inhibits the alcohol-metabolizing enzymes that our bodies rely on to clear alcohol from our systems. Drinking even a small amount of hooch leads to a mass buildup of acetaldehyde, causing nausea, mental confusion, and even fainting. It’s enough to convince almost anyone to give up the sauce.

Disulfiram arose in 1881, used as a rubber manufacturing aid. In 1948, two Danish physicians decided to eat it, because that’s what you did back then, and discovered when drinking beers later that it didn’t make them feel so well. Now disulfiram is prescribed to treat chronic alcohol use, but its efficacy is debated.

“I’m always surprised that people take Antabuse because it is so horrible,” Halladay said. “You take it voluntarily, but it’s for individuals who have no other option. They’ve tried to quit drinking on their own. Addiction is obviously not a choice. People have tried everything else and eventually decide, ‘Let me take this drug that will make me incredibly sick if I give in.’”

But for most people, there’s nothing wrong with enjoying a drink now and again. Drugs like Antabuse are for extreme cases, and it’s likely that the majority of us will continue waking up with fuzzy heads and queasy stomachs after a night on the town for some time.

Even if you’re not quite down with the idea of an alcosynth, scientists are continuing to explore options for hangover relief. Some researchers are looking at extracts of the invasive vine kudzu to combat binge drinking and others are getting worms hungover to target new molecular pathways to alleviate alcohol withdrawal symptoms.

As for Lu, he’ll continue to test the safety of his enzyme-mimicking hangover antidote on animals — if it seems safe, human clinical trials could begin within a year. In the meantime, there is currently no panacea to avoid the pitfalls of hitting the bottle. So if you’re really tired of waking up with a headache, wishing you hadn’t chugged so many brewskis the night before, it might be best to quit drinking altogether.