#82: The New Immune System Weapon: A DNA Catapult in Your Gut 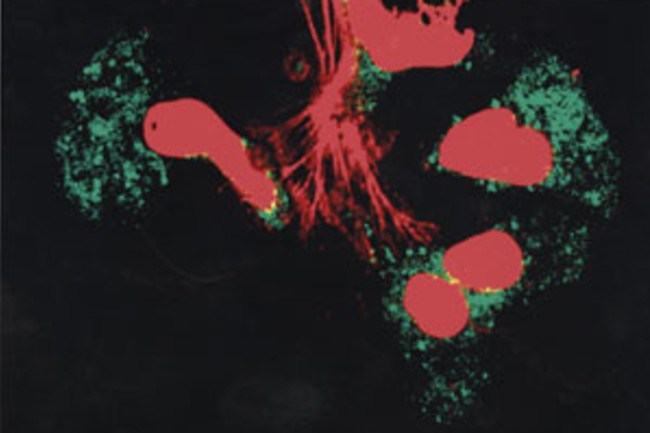 Researchers looking at the white blood cells called eosinophils found a new weapon in the immune arsenal: toxic webs of DNA flung in less than a second by a kind of cellular catapult. Triggered by a bacterial invader, the eosinophils hurl DNA snares and secrete toxic proteins. The snares trap the bacteria and concentrate the toxins enough to do some damage.

“It’s likely that the DNA is not the killer—it’s the proteins bound to the net that kill the bacteria,” says Hans-Uwe Simon of the University of Bern in Switzerland, who published his findings in August. “But without the DNA net, the toxic proteins would diffuse too much to have an effect.”

The toxins that eosinophils secrete can also hurt healthy tissue, so DNA snares may also be doing damage control by corralling the toxins, Simon says. No harm results to the cell from ejecting the DNA, he found, because it comes not from the critical genetic material in the nucleus but from intracellular organs called mitochondria, which are more expendable. It is not clear, however, how eosinophils produce such an explosive release of mitochondrial DNA.