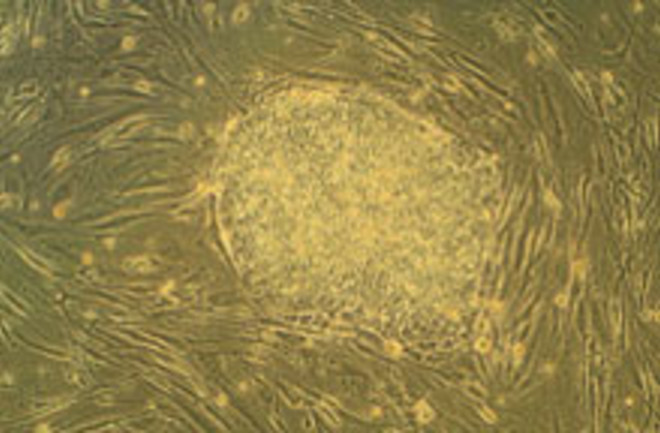 Several medical research institutions are reconsidering the use of five stem cell lines that are approved for federal-funded research by the National Institutes of Health, citing recently discovered problems with the consent forms signed by the patients at fertility clinics who donated their extra embryos to medical research. Now, ethics oversight committees at universities across the United States are questioning which lines should be permissible for research

Stanford and San Francisco-based [California Institute for Regenerative Medicine] -- the $3 billion state agency created when California voters approved the sale of bonds to fund embryonic stem cell research -- along with Johns Hopkins University have stopped or may stop research on five of the 21 lines that President Bush in August 2001 deemed acceptable for federal funding [San Jose Business Journal].

Researchers had already chafed at the narrow range of genetic diversity available from the 21 lines; this new development is likely to further limit their research options. The latest stem cell controversy was stirred up in May when

University of Wisconsin bioethicist Robert Streiffer called the five lines into question in an article [The Scientist].

Streiffer reviewed the original consent forms and found that in several cases the patients were not informed that removing stem cells destroys the embryo, and that their genetic material could be transplanted into lab mice. However, Streiffer is a supporter of stem cell research, and says that while research on these five cell lines should be discontinued, the government should permit federally funded research on new lines.

It’s unclear the extent to which reassessment will affect research on human embryonic stem cells. Many scientists with private or state funding are already using newer non-NIH lines derived under better conditions. Of the lines on the NIH registry, [these five lines] are the least used. Nonetheless, they have been shipped to dozens of researchers [Nature News].

More From Discover
Health
These Five Doctors Experimented on Themselves — And Made Big Breakthroughs
Technology
For These Clinicians, 3D Printers Are Changing Medicine
Health
All the Buzz About Bee Venom (and More)
Health
Why 'Smart' Feeding Tubes Can Benefit Patients and the Environment
Technology
Cyberattacks on Health Care Are Rising — But Many Hospitals Aren’t Prepared
Health
The Mysterious Ingredients in Your Cannabis Vaporizer — and the Health Risks They May Pose
Recommendations From Our Store
My Science ShopDiscover STEM Kits
My Science ShopDiscover 2022 Calendar
My Science ShopStrange Science
My Science ShopElements Flashcards
Shop Now
Stay Curious
Join
Our List