Plus: Some techniques to help put your fears to rest. 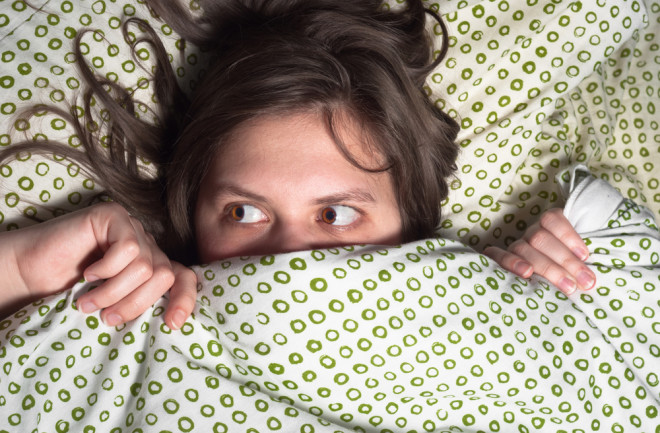 Imagine waking up from sleep, opening your eyes and realizing that you can’t move or speak. You’re overwhelmed with the terrifying sensation of being paralyzed. Some of you don’t have to imagine — it’s all too real for about 8 percent of the general population who suffers from the condition fittingly known as sleep paralysis (SP).

SP falls into a group of disruptive sleep-related disorders called parasomnias. These alarming events can happen either when you are falling asleep (hypnogogic) or as you are waking up (hypnopompic), typically rendering people unable to move or speak. Episodes can last up to several minutes. Part of what makes SP so scary is that people are completely aware of what’s happening to them — and their inability to do anything about it. Records of this phenomenon date back hundreds of years, but SP still remains something of a mystery. Various cultures believe that the condition is caused by black magic, paranormal forces or mythical monsters.

Although much remains unknown about SP, a basic scientific understanding does exist. SP occurs during the REM (rapid eye movement), the deepest phase of sleep. When we are in REM, our motor neurons are inhibited, paralyzing the body. This is done as a protective measure to keep the body from acting out the intense dreams that occur during this phase of sleep. Since most of us are usually fully asleep during this time, we don’t notice and aren’t disturbed by the paralysis. But with SP, a person is not fully asleep as they’re transitioning either into or out of slumber, and are frighteningly aware of the fact that they are unable to move. This leads to panic, as further efforts to move do not work. Rapid and irregular breathing can happen without issue during REM, but with SP, sufferers might feel like they’re struggling to breathe — or even suffocating.

Sleep paralysis and night terrors are often conflated. While they are both frightening parasomnias, they are two distinct conditions. With SP, a person usually has their eyes open, they are quiet, and they don’t move while it’s happening. It occurs most often near morning, and a person can be easily awakened from this state. Conversely, someone experiencing a night terror will make sounds or scream during the event; it commonly occurs in the early part of sleep (non-REM), and it is difficult to wake the person. Although night/sleep terrors can affect adults (only a little over 2 percent), the condition is much more prevalent in children, occurring in up to 56 percent of young sleepers.

Research reveals that several conditions are linked to SP. These include family history, stress and trauma, substance use, narcolepsy, non-restorative sleep, panic disorder, and sleep position (back sleeping). Age and gender don’t seem to affect SP likelihood. Other circumstances impacting SP are sleep apnea, nightmares, nighttime leg cramps, bipolar disorder, and a changing sleep schedule. Certain medications can cause parasomnias due to their interference with REM. These include SSRIs, tricyclic antidepressants, anticholinesterase inhibitors, beta blockers and sleep medications.

What You Can Do

One study showed that meditation and relaxation helped reduce SP. Participants used the techniques at home and kept a daily journal of the symptoms. Overall, results showed a 50 percent reduction in the number of days that subjects experienced SP and a 54 percent reduction in the total number of episodes. Hallucinations were reduced by 34 percent.

Other practices people can try include skipping naps, taking a warm bath before bed, sleeping in a cool room, side sleeping, and staying on a regular sleep schedule. If these techniques don’t help, seeing a sleep disorder expert and undergoing a sleep study can be useful in determining if someone has another sleep disorder (such as apnea) that may be contributing to the problem.