Artificial DNA that can encode information just like the real thing. 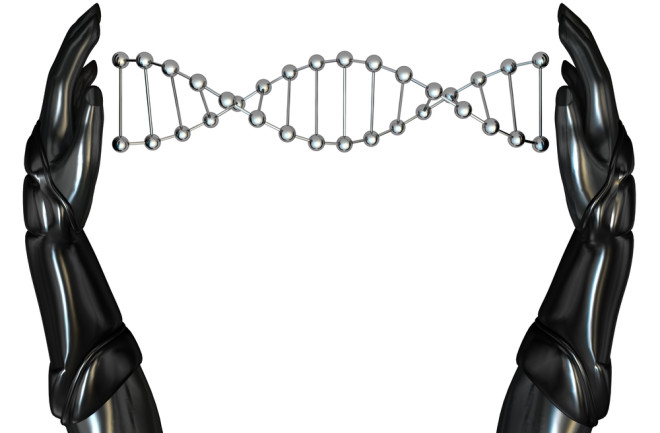 In a remarkable act of biological mimicry, researchers in Europe and the United States announced in April that they had created six types of artificial DNA—synthetic genetic material that can encode information just like the real thing. The invention suggests that the earliest life on Earth did not necessarily rely on DNA or its cousin, RNA, since other molecules can also perform the same tricks. The artificial DNA, or XNAs, are “simple chemical alternatives to store and propagate genetic information,” says team leader Philipp Holliger of the Medical Research Council Laboratory of Molecular Biology in Cambridge, England.

Natural DNA consists of a ladder frame of ring-shaped deoxyribose molecules (which form the backbone of the double helix) and rungs of bases (which spell out the genetic alphabet). To create XNAs, Holliger and his team replaced the deoxyribose with alternative synthetic chemical ring structures such as arabinose or cyclohexene. Like DNA, XNAs can hold genetic information that specifies how to build a protein. And XNAs can evolve: When the researchers subjected billions of unique XNA strands to selective pressure in a test tube—in this case binding to a provided target molecule—out came XNA sequences folded up into 3-D structures that could bind.

XNAs may also have medical applications. Short strands of nucleic acids, called aptamers, can target a disease-inducing gene or protein and, for example, block it from activating. Natural aptamers are quickly degraded by the body, but because XNA aptamers are foreign, they will last longer—long enough, Holliger hopes, to have therapeutic value.