20 Things You Didn't Know About Longevity

Exploring our age-old fascination with longevity. 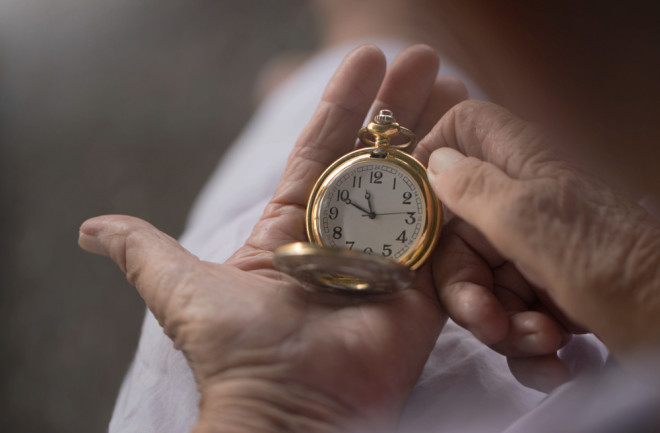 This originally appeared in the July/August issue of Discover magazine. Support our science journalism by becoming a subscriber.

1. Consider yourself lucky to be alive today: In preindustrial times, you could expect to live just 30 to 40 years. Now, the global average is 72.6.

2. Human longevity has increased everywhere in the world, but not equally. While life expectancy in ritzy Monaco is now approaching 90, that good fortune hasn’t reached impoverished African countries such as Chad, where people don’t expect to live much past 50.

3. For all its wealth, the U.S. is a notable underachiever, with the average remaining below 79 due to extreme income inequality.

4. Where you live and when is only one part of the mix of factors, lucky or unlucky, that determine longevity; family studies show that genes account for 25 percent of the variation in life spans.

5. Luckiest of all was Frenchwoman Jeanne Calment, who died in 1997 at the age of 122. Calment gave up smoking at 117 — but never abandoned her habit of drinking a glass of port each night.

6. A few scientists have questioned Calment’s age, speculating that her daughter might have impersonated her to avoid inheritance tax.

7. Although those claims are generally dismissed, the tendency to exaggerate your age does get more extreme with time. An estimated 98 percent of “supercentenarians” who claim to be over the age of 115 are either lying or having a senior moment.

8. The biblical Adam supposedly lived to 930, dying a relative youngster compared with Methuselah, whose fame rests on having lived to 969.

9. The 17th-century British polymath Robert Hooke attributed the Old Testament figures’ purported longevity to the fact that Earth turned faster in the past, gradually succumbing to friction. Talk about a spin job.

10. A methuselah is also a unit of measurement for champagne, the name for an oversized container equivalent to eight standard bottles. Wines, including champagne, age more gracefully in these larger vessels.

11. Some studies have correlated red wine with longevity, citing the salutary effect of the ingredient resveratrol in mice fed a high-calorie diet. But you’d have to drink hundreds of glasses a day to match the quantity that lengthened the rodents’ lives.

12. A better option might be dietary restriction: Putting Caenorhabditis elegans on a fasting diet extends the minuscule worm’s life by 40 percent.  Then again, its typical lifespan is just a few weeks.

13. It pays to be bigger — much, much bigger — than C. elegans, especially if you’re a mammal. A shrew is lucky to live for two years,  whereas bowhead whales can live for more than 200.

14. But they’re not the oldest thing in the deep: A quahog clam specimen found off Iceland in 2006 was nicknamed Ming, after the Chinese dynasty during which it began its life. Researchers determined Ming was 507 years old; unfortunately, that determination came after the clam had been killed.

15. A fortuitous name saved a 2,200-year-old sequoia called General Sherman. The largest tree in the world, it was an appealing trophy for 19th-century loggers, but they didn’t cut it down out of deference to the Civil War hero.

16. Proposed long-term storage facilities for nuclear waste are much more grimly named. These “mausoleums” must keep people away for tens of thousands of years, at minimum.

17. How to alert future generations to the mortal threat of long-lived radioactivity remains a challenge. Ideas include erecting giant monuments topped with spikes and genetically engineering cats to change color in response to radioisotopes — or just leaving word of the danger in the world’s libraries.

18. The oldest library in the world, at St. Catherine’s Monastery on Mount Sinai in Egypt, has been run continuously since its founding in the late sixth century.

19. And writing materials like papyrus do have impressive longevity: Egyptian shipping records related to the construction of the pyramids have endured for nearly 4,600 years.

20. On the other hand, those Egyptian shipping records weren’t uncovered until 2013. Perhaps we should keep working on the color-changing cats.