20 Things you Didn't Know About... Hygiene 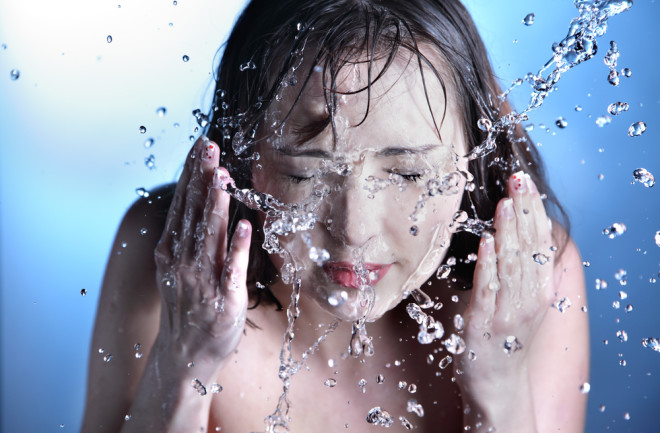 2 The human body is home to some 1,000 species of bacteria. There are more germs on your body than people in the United States.

3  Not tonight dear, I just washed my hands: Antibacterial soap is no more effective at preventing infection than regular soap, and triclosan (the active ingredient) can mess with your sex hormones.

4 Save the germs! A study of over 11,000 children determined that an overly hygienic environment increases the risk of eczema and asthma.

5 Monks of the Jain Dharma (a minority religion in India) are forbidden to bathe any part of their bodies besides the hands and feet, believing the act of bathing might jeopardize the lives of millions of microorganisms.

7 Soap gets its name from the mythological Mount Sapo. Fat and wood ash from animal sacrifices there washed into the Tiber River, creating a rudimentary cleaning agent that aided women doing their washing.

8 Ancient Egyptians and Aztecs rubbed urine on their skin to treat cuts and burns. Urea, a key chemical in urine, is known to kill fungi and bacteria.

9 In a small victory for cleanliness, England’s medieval King Henry IV required his knights to bathe at least once in their lives—during their ritual knighthood ceremonies.

10  That’s their excuse, anyway: Excrement dumped out of windows into the streets in 18th-century London contaminated the city’s water supply and forced locals to drink gin instead.

11 A seventh grader in Florida recently won her school science fair by proving there are more bacteria in ice machines at fast-food restaurants than in toilet bowl water.

12 There’s no “five-second rule” when it comes to dropping food on the ground. Bacteria need no time at all to contaminate food.

13 The first true toothbrush, consisting of Siberian pig hair bristles wired into carved cattle-bone handles, was invented in China in 1498. But tooth brushing didn’t become routine in the United States until it was enforced on soldiers during World War II.

15 NASA recently spent $23.4 million designing a toilet for the Space Shuttle that would defy zero gravity with suction technology at 850 liters of airflow per minute. That’s a lot of money for a toilet that sucks.

16 In 1843, Oliver Wendell Holmes Sr. campaigned for basic sanitation in hospitals. But this clashed with social ideas of the time and met with widespread disdain. Charles Meigs, a prominent American obstetrician, retorted, “Doctors are gentlemen, and gentlemen’s hands are clean.”

17 Up to a quarter of all women giving birth in European and American hospitals in the 17th through 19th centuries died of puerperal fever, an infection spread by unhygienic nurses and doctors.

18 TV kills! University of Arizona researchers determined that television remotes are the worst carriers of bacteria in hospital rooms, worse even than toilet handles. Remotes spread antibiotic-resistant Staphylococcus, which contributes to the 90,000 annual deaths from infection acquired in hospitals.

19 It is now believed President James Garfield died not from the bullet fired by Charles Guiteau but because the medical team treated the president with manure-stained hands, causing a severe infection that killed him three months later.

20 What on earth made them think manure-stained hands were remotely acceptable to treat anyone?