15 ancestral components to bind them all

Dienekes Pontikos keeps chugging along, and has cranked out a new bar plot from the ADMIXTURE program with 15 putative ancestral components. He has "69 populations, and 1,189 individuals in total." Most of these were assembled from public data, but some of them are particular to the Dodecad Ancestry Project. He contends:

Not only has he generated a bar plot, but there is a PCA showing the relationship between the 15 ancestral groups, as well as a hierarchical tree. Since he references to the ANI and ASI of Reich et al., I thought I would note that the South Indian element from Dienekes' K = 15 is still found in appreciable portions in the Turkic groups which earlier exhibited the South Asian component. And, on the PCA and phylogenetic tree it still clusters with West Eurasians more than East Eurasians, which is not the case with ASI (or the various Indian mtDNA lineages which coalesce back to a more recent common ancestor with East Eurasians). The bar plot is below. Of interest are the most "pure" European groups, the Sardinians and Lithuanians. Also, compare Scandinavians and Finns. 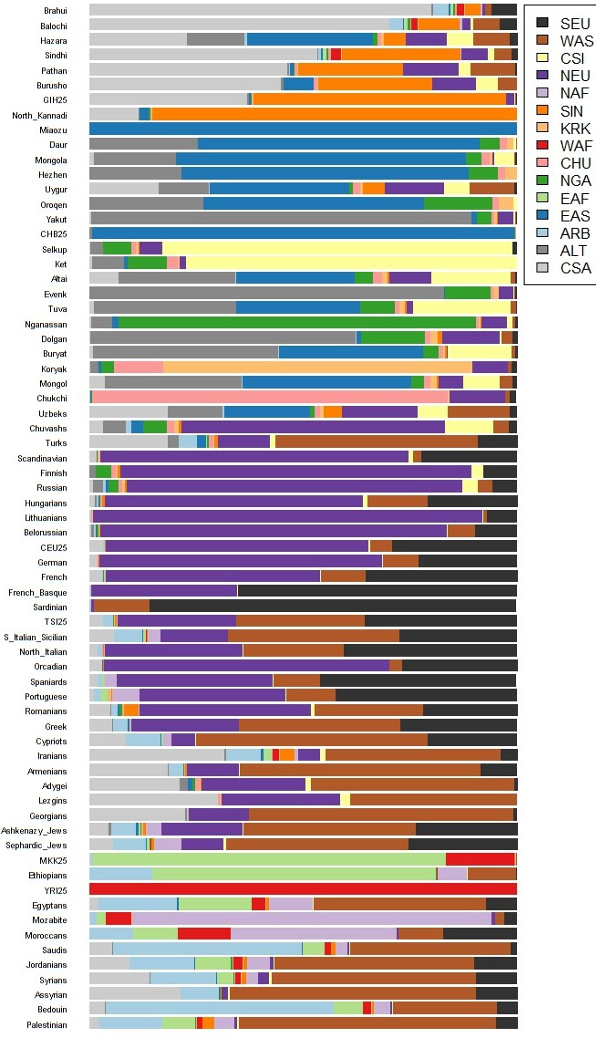