1,700 Yosemite Visitors May Have Been Exposed to Hantavirus 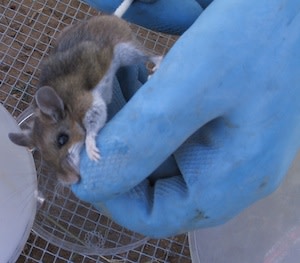 a total of 587 cases, with 211 deaths, more than a third of those infected. So you can see why recent visitors to Yosemite National Park were dismayed and frightened when the park recently warned that 1,700 of them might have been exposed to hantavirus

while staying in the tent cabins at the park’s Curry Village. Hantavirus is a respiratory disease that first causes flu-like symptoms, then coughing and shortness of breath, and can eventually lead to fatal lung or kidney failure. It doesn’t spread from person to person, but humans can contract it through contact with airborne particles from the feces, urine, or spit of an infected rodent, primarily deer mice. And because the virus can incubate in the body for weeks before symptoms appear, it wasn’t until this past weekend that Yosemite officials were sure that two patients who died from hantavirus had contracted the disease when they visited the park back in June. The park has since sanitized and retrofitted the dwellings of Curry Village, but visitors who stayed there earlier this summer may have already been exposed to hantavirus---since the initial two patients, two more cases, one confirmed and one probable, have been reported. Those Yosemite visitors who show symptoms of hantavirus

should seek medical attention---although there is no specific treatment for the virus, oxygen can help patients breathe and anti-viral medication can protect the kidneys.