With three presidential debates in the can, the loser is...

Earth was hardly mentioned, and that means the loser is actually . . . us 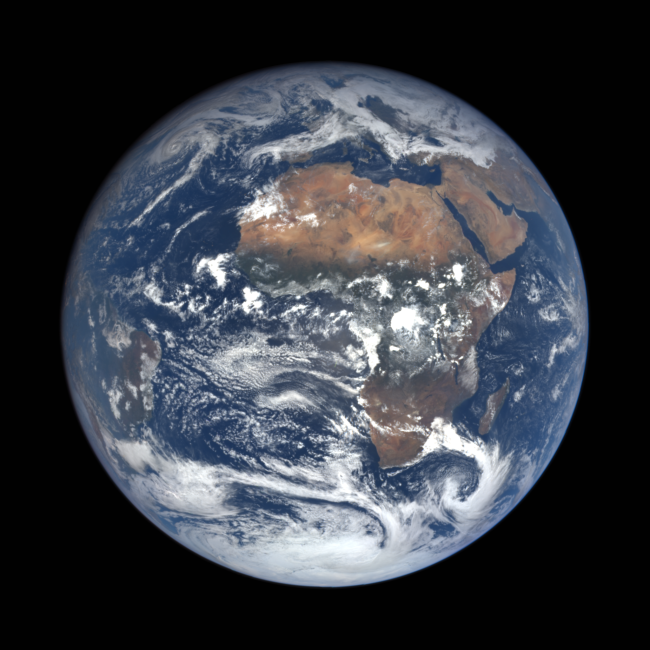 NASA's EPIC camera aboard NOAA's DSCOVR spacecraft acquired this image of the home planet on Oct. 17, 2016 at 11:01:20 GMT. The spacecraft was 902,561 miles from Earth at the time. (Source: NASA EPIC Team) The pundits will no doubt be yammering on for days about who won and who lost the final U.S. presidential debate. But I'd say that we don't need the pundits to tell us who the overall loser was. I think it was humanity. During the debates, we heard a lot of shouting, but almost nothing about the most profound, long-term issue all of us confront: How 7 billion of us, probably growing to 9 billion in relatively short order, can live sustainably on the home planet. Perhaps I missed it, but during all three debates, not one of the journalist moderators asked a question related to this question. It took a citizen in a red sweater named Ken Bone to sort of bring up the issue. It wasn't exactly the sustainability question I had in mind. But at least it was in the ballpark. Maybe he should get a Pulitzer. Conservatives and liberals, Republicans and Democrats, should have a robust debate about the best policies for responding to the sustainability challenges humanity confronts. These include a warming climate, rising sea level, and increases in extreme weather events. They also include degradation of the ecosystems we depend on for clean air and water, healthy food, and materials to build our homes and economies. But we'll never discuss these issues and work towards solutions if during presidential debates they are deemed off-limits by the journalist moderators. Perhaps they were listening to polls that find environmental issues to be a low priority among voters. But how will these issues ever become a higher priority if we don't challenge politicians to address them? What a missed opportunity. What a deep and abiding shame.