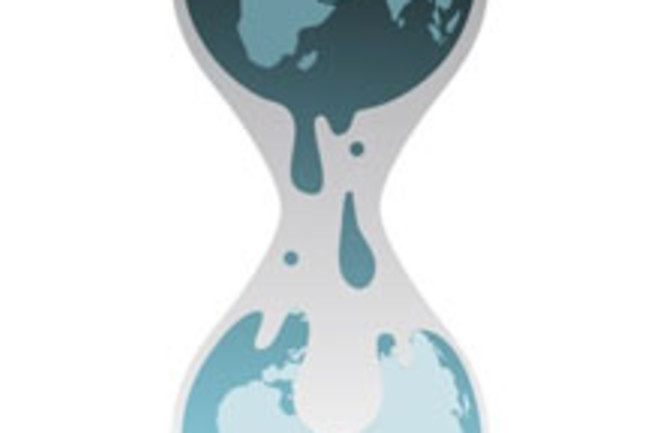 While a certain bacterium that can thrive in arsenic has dominated the science press this week, the big story in the world at large is on the ongoing WikiLeaks saga. The release of an enormous trove of confidential documents from the U.S. State Department has provoked plenty of fall-out: there's governmental embarrassment and anger, and WikiLeaks founder Julian Assange is now wanted in Sweden on alleged sex crimes. But we're most interested in how the never-ending story touches several science and tech stories, some of which have unraveled here on 80beats. Get That DNA One embarrassing revelation of the leaked diplomatic cables was that American diplomats were supposed to be part spy; they were asked to try to gather genetic material from foreign governmental officials. Once the cables leaked, the State Department couldn't exactly deny that this happened, but it now says that these suggestions came from intelligence agencies. And relax—the requests were voluntary.

A senior department official said the requests for DNA, iris scans and other biometric data on foreign government and U.N. diplomats came from American "intelligence community managers." The official said American diplomats were free to ignore the requests and that virtually all do. [Washington Post]

China Source of Google Hack Early in 2010 we reported

on the large cyber-attack against Google. Though rumors swirled, the Chinese government denied its involvement; the country and the search engine giant went through months of tension before arriving at a truce in the summer. According to WikiLeaks, leaders of the Chinese Communist Party were directly connected to the hack.

China’s Politburo directed the intrusion into Google’s computer systems in that country, a Chinese contact told the American Embassy in Beijing in January, one cable reported. The Google hacking was part of a coordinated campaign of computer sabotage carried out by government operatives, private security experts and Internet outlaws recruited by the Chinese government. [The New York Times]

, we mentioned the disappointment that came out of last year's event in Copenhagen, Denmark. But now we know that the United States was attempting to apply the pressure behind the scenes to get something done at Copenhagen: WikiLeaks documents show American diplomats pushing Saudi Arabia to accept the agreement.

In a memo summarizing the trip of Assistant Secretary of State for Near Eastern Affairs Jeffrey Feltman to Saudi Arabia in January, [U.S. ambassador to Saudi Arabia James] Smith wrote that Feltman urged the country to send a formal notice to the United Nations indicating its acceptance of the climate pact. "A/S Feltman noted the importance that the President places on climate change, and the Copenhagen Accord," Smith wrote. "Given that Minister of Petroleum Al-Naimi was involved in crafting the final agreement, A/S Feltman noted the United States is counting on Saudi Arabia to associate itself with the accord by January 31." [The New York Times]

The Saudi leaders, understandably, were hesitant to embrace an agreement, fearing it would harm the nation's petroleum-dependent economy. And to be fair, this isn't the only reason the Copenhagen meeting flamed out. Nuclear Iran Speaking of Saudi Arabia, its king was one of many Middle Eastern leaders to privately petitioned the U.S. to do something—anything—to stop Iran from becoming a nuclear power. According to the king, it was time to “cut off the head of the snake.” (For more on this and Iran's ongoing nuclear drama, check out our update from earlier this week

.) WikiLeaks Hacked, Then Dropped After kicking up a media storm, WikiLeaks' ensuing Web traffic—plus a huge denial-of-service attack—disabled its Web page. WikiLeaks moved operations over to Amazon Web Services. Then, government types like Senator Joe Lieberman of Connecticut found out, and went nuts about it.

He said that no "responsible company" should host the material. He also said that he intends to ask Amazon about the extent of its relationship with Wikileaks and about what it will do in the future to make sure that its services are not used to distribute stolen or classified information. Since Amazon prides itself on the ease of using its cloud services, that could be tricky. Anyone with a credit card and an Internet connection can sign up for and start using Amazon Web Services. [PC World]

. If all the info is in the cloud, who gets to decide what's objectionable, illegal, or obscene?

Bearing in mind that cloud computing is a radically different prospect compared to simple Web hosting, will cloud computing need its own set of laws and regulations? Will the wise IT manager wait until various lawsuits have proved what is or isn't acceptable when it comes to the cloud? [PC World]

, cut off service when cyber attacks against WikiLeaks threatened the rest of its system. It's now at a Swiss address, wikileaks.ch

, but who knows how long that will last.

80beats: Will Anything Be Accomplished at the Cancun Climate Summit?