A new way to think about light pollution in Europe and the U.S. should help policy makers take its measure. But if they can't solve it, what hope for more complex problems like global heating? 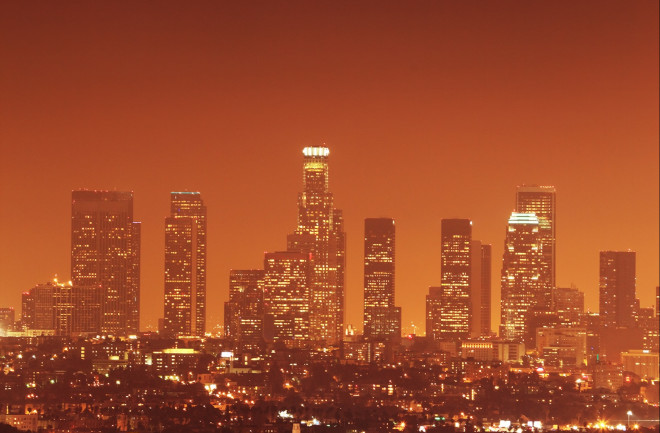 As artificial light has spread across, cities roads and through industry, unadulterated night skies have become something of a rarity. That’s a particular bugbear for astronomers — artificial light obscures their view of the faintest objects. It can also have a negative influence on mental health and changes the ways animals forage for food and even reproduce.

That raises the obvious question of how to tackle light pollution effectively. The answer is with more targeted lights that switch on and off when needed, that point down rather than up or horizontally and with spectra that can be more easily filtered.

But before the process of change can start, policy makers need to understand how their regions compare with other similar ones. The general view is that areas of high population density pollute more than areas of low density. But actual light emissions vary in a more fine-grained and subtle way.

Enter Fabio Falchi at the Light Pollution Science and Technology Institute in Thiene, Italy, and a number of colleagues, who have developed a way to compare the pollution from similar areas in an objective way. The team has used this new approach to identify the worst offenders in the U.S. and in Europe in terms of the amount of light emitted per capita and by GDP.

Their analysis reveals some surprising effects. For example, densely populated cities are by no means the worst offenders. Indeed, some cities in Europe and the U.S. are among the best performers.

By contrast, some of the least densely populated areas turn out to rank poorly by this measure, producing a great deal of light per capita because of light produced by industry. Indeed, the worst-performing areas in the team’s new league tables are something of a revelation.

First some background. Falchi and colleagues have long studied light pollution using satellite images of the Earth at night. These images clearly show the way artificial illumination beams into space from cities, roads, industries and the like across the planet.

That has had significant affects. In Europe, for example, pristine skies have all but vanished. Just a few places in Scotland, Sweden and Finland can still boast them. The brightest skies in Europe are in Delft in the Netherlands, probably the result of nighttime lighting in greenhouses. “We found 6,800-fold differences between the most and least polluted regions in Europe,“ say Falchi and co.

The difference is even starker in the U.S. — a 200,000-fold difference in light pollution. The darkest skies are unsurprisingly in Alaska while the most polluted are in the metropolitan areas of the District of Columbia, New York county and Hudson county.

Overall, the U.S. has darker skies than Europe, say the researchers. Indeed, the best European skies would sit at 120th place in a ranking of U.S. counties.

But measures of overall brightness are somewhat superficial. Falchi and colleagues say a better way to compare areas is to look at the amount of light pollution produced per person.

By this measure, the U.S. is significantly more polluting. The researchers say this is probably because U.S. roads are much wider than European roads and so require more light. The suburbs near U.S. cities have a much lower density than in Europe and have to be connected by well-lit roads. And some European cities, particularly those in Germany, get by with lower levels of night-time lighting.

But there are also significant differences across both regions. For example, it’s easy to imagine that wealthier places are likely to be more light-polluting, but curiously, that turns out not be the case. Portugal is less wealthy than Germany but produces more pollution per unit of GDP. Exactly why isn’t clear.

But the reason these comparisons are useful is that they allow a better comparison between similar places. It’s clearly unreasonable to expect pristine skies over a densely populated city. But it may well be reasonable to ask why two regions with similar population densities produce very different levels of light pollution.

That’s why this kind of analysis can help with policy decisions to reduce the difference. “Germany, for example, consistently does very well in all the rankings, while Portugal and the USA tend to perform poorly,” say Falchi and co. “These findings should prove useful to policy makers and scientists alike.”

For the record, the worst offender in Europe is Delft, an affluent, relatively densely populated part of the Netherlands with much produce grown in greenhouses. In the U.S., the worst offender is McKenzie County in North Dakota, which is home to oil and gas wells that flare excess gas.

The bigger question is whether communities can come together to solve the problem of light pollution, which is relatively straightforward in the greater scheme of things. The researchers paint a stark contrast to more important but complex problems such as reducing carbon emissions and tackling global heating. “If we are unable to solve this problem, for which the countermeasures are well known, then our ability of solving more complex environmental problems, such as global warming, will remain in doubt.” Quite!