In some cases, offloading passengers or the cargo isn't enough to solve the problem. And climate change may only make the problem worse. 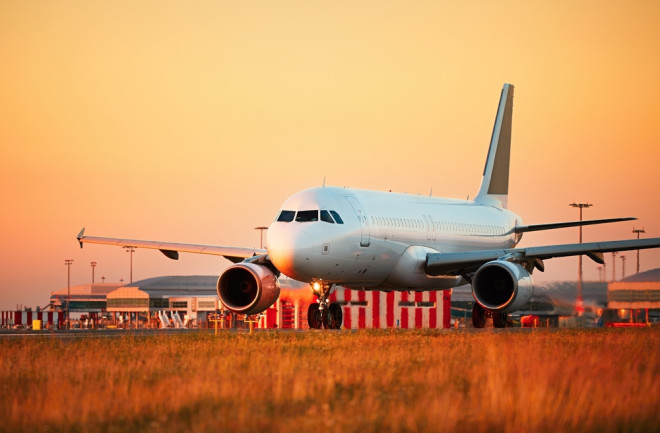 Every spring and summer, the headlines appear more familiar: Airlines are grounding flights because it’s simply too hot to fly. These declarations often come out of the toastiest U.S. cities, like Phoenix, which last year set a personal record of “most number of days over 110 degrees Fahrenheit.” Like humans on particularly scorching days, planes often can’t operate properly in extreme heat. In these cases, the aircraft is physically unable to take off because of the temperature.

It’s an awkward situation for airlines and their customers, who might not get why the perfect-seeming weather is stopping their trip. “You can see snow, you can see ice on the wings, you can see heavy rain or lightning, and you don't want to get in a plane when that's happening,” says Jennifer Griswold, an atmospheric scientist at the University of Hawai'i at Manoa. “But if it's just sunny and really bright out and there's not a cloud in the sky, it’s like, what’s wrong?” Meanwhile, flight operators are keenly aware of how quickly extreme heat can derail flight plans — and know that it’s going to become an even larger stumbling block in the future.

When Physics Keeps You Grounded

To understand why air temperature can make or break a functional flight, you have to know that pilots and flight engineers think of the gas-filled atmosphere instead as a fluid: Planes interact with the air similar to how we interact with water when we float. As a plane cruises down a runway, it pushes against the air. Due to one of the main rules in physics — every action comes with an equal and opposite reaction — the air pushes back. Some of that response translates into lift, the official name for the force that pushes planes into the sky.

But higher-than-expected temperatures interfere with how the air pushes back. Like with water, adding heat to air separates the molecules and forces more space between them. A hot summer day therefore means that the density of the air hovering just above the tarmac drops. More broadly, as high temperatures thin the atmosphere, oxygen molecules spread farther apart from one another. With fewer air molecules pushing back beneath the wings of the plane, the air fails to generate enough force for takeoff.

If the heat is too intense and the air too thin, the flight will stay grounded and might get a chance to take off once the sun sets and the temperatures drop. In some milder cases, there are a few options for pilots to compensate for the lower-density air and still take off on-schedule, some more theoretical than others.

For one, the plane could travel faster along the runway. But for safety reasons, the Federal Aviation Administration limits maximum takeoff speed. Plus, a quicker departure would burn more fuel, an expensive option airlines like to avoid, says Diandong Ren, an aviation researcher at Curtin University in Australia. This is also one of the least climate-friendly choices, seeing as fuel contributes to global carbon emissions (along with contrails).

Longer runways might be a solution. While engines rely on oxygen to react with fuel to generate power, lower-density oxygen is harder for the engine to consume and power generation decreases. More tarmac, meanwhile, would allow pilots to ascend more slowly and give the plane the room it needs to take off. Still, airports might balk at the expense of further construction, and in some cases, the idea runs up against the hard reality of physical limits. As it is, some airports take up all the space they possibly can.

A flight could also drop weight, since it's easier to lift a lighter plane. This is usually the simplest, most agreed-upon solution, Ren says. But leaving packages or passengers behind can make for uncomfortable moments: Griswold was on a small aircraft in Florida where the airline chose this solution, and the last few arriving passengers were told they couldn’t board (they were not happy).

Overall, the inconvenience and the cost accumulates with every flight that cuts passengers or packages. With consistently rising temperatures, climate change has — and will continue to — ensure that planes drop weight more often, leaving global trade and travel to deal with the consequences.

In 2015, a team of researchers analyzed how climate change will impact flights coming out of airports in four U.S. cities — Phoenix, Denver, New York City and Washington, D.C — in the coming decades. The team concluded that starting around 2050, the number of spring and summer days where it would be too hot to fly at normal weights could become up to twice as common as they are today. Predicted changes depend on individual airports. Phoenix, for example, has historically encountered only occasional days where planes had to cut 10,000 pounds to fly. In the future, the airport could start to see about 20 days a year where flights have to drop that much weight.

The researchers based their predictions on the global warming scenario that estimates a total temperature rise of around 9 degrees Fahrenheit by 2100. Though that’s one of the more extreme outcomes climate scientists have drafted, it’s still within the realm of possibility.

Regardless of how much warming may occur within coming decades, gradual climate change-induced temperature increases have already tampered with flights. The same paper found that as surface temperatures have gone up about 1.4 degrees Fahrenheit in the past century — with the bulk of that change occurring since 1980 — so too have the number of summer days where planes had to cut weight.

Other changes in the atmosphere have interfered with flight weights, too. Every few years, tropical portions of the Pacific Ocean heat up or cool down. Called El Niño when the temperatures rise and La Niña when they fall, the oceanic shifts change rainfall, humidity levels, wind patterns and temperature around the world.

When examining how El Niño and La Niña shifted conditions at 11 U.S. airports from 1979 to 2015, Griswold and her co-author found that the air density, or how tightly packed the air molecules were over the ground, was all over the place depending on location. Contingent on the geography, fluctuations in temperature and moisture can go in either direction during El Niño and La Niña. Some airports saw hotter, more humid conditions — a bad combo for flights, since higher levels of water in the air make the atmosphere less dense, too. Others got lucky with cooler, dryer weather. “The take-home from that particular work was that it's very regional,” Griswold says. “Each airport needs to know what they would expect.”

Griswold’s research looked back at how weather has affected flights, though scientists don't fully understand how climate change will shift weather patterns like El Niño and La Niña and what those repercussions might be for flights. And there’s still a lot to learn about how other important flight influences, like visibility conditions or wind direction and speed, hamper takeoff, Griswold says. It will also be crucial to figure out how too-low air density at one airport means other locations across the country don’t get the planes they were banking on to meet their own takeoff needs. “There's 10 or 12 that are hubs,” Griswold says. “If they go down, it's like a domino effect.”

In other words, if you’re reading news about temperatures preventing takeoffs at one airport in the U.S. and hoping to get on a flight yourself that day, you might (indirectly) feel the burn yourself.