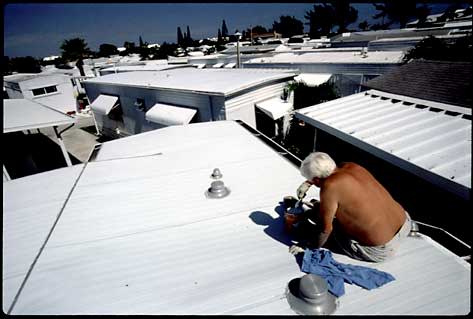 A new study published in the Journal of Climate claims that painting rooftops white—a method championed by energy secretary Steven Chu and others to combat climate change—only minimally reduces local cooling, and actually causes a slight increase in overall global warming. How the Heck:

To Paint or Not to Paint: