Where Have All The Dolphins Gone? 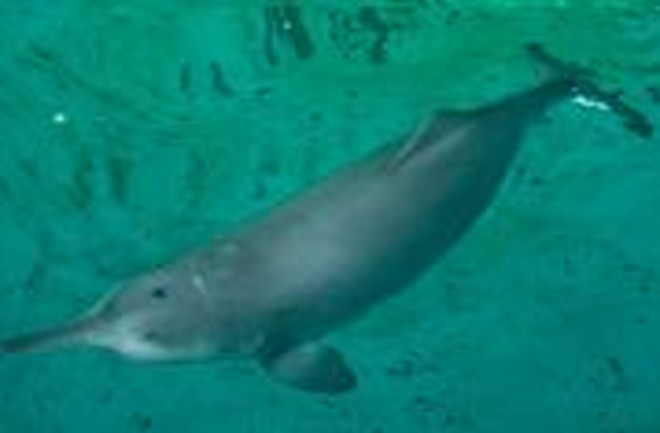 They say extinction is the only real certainty. Species are constantly blinking in and out of existence. This may or may not be of concern depending on your scale of interest. In 2007 we're doing all sorts of things to pillage and plunder life on this incarnation of planet earth, but of course 2007 is a rather arbitrary number.. for even if space and time do exist, who's counting and to what end? In any event, I do remain interested in the here and now because that's where I live. You do too. So it's worth taking note when Biological Letters reports the first probable human-caused extinction of a cetacean species: The Yangtze River dolphin (Lipotes vexillifer), or baiji.

We are forced to conclude that the baiji is now likely to be extinct, probably due to unsustainable by-catch in local fisheries. This represents the first global extinction of a large vertebrate for over 50 years, only the fourth disappearance of an entire mammal family since AD 1500, and the first cetacean species to be driven to extinction by human activity.

Now I've never seen the Yangtze River dolphin nor visited the Yangtze River for that matter. Is it personally relevant then? Arguably, no. So perhaps I'm overly sentimental. But this news is reflective of a growing global trend: the loss of ocean species through fishing down food webs and incidental bycatch. Many of the big critters are dwindling as we've altered the slowly evolved colorful abundance of animals living offshore. In other words, we're overharvesting our way toward boring oceans full of algae, seaweed - and very few bluefin tuna.